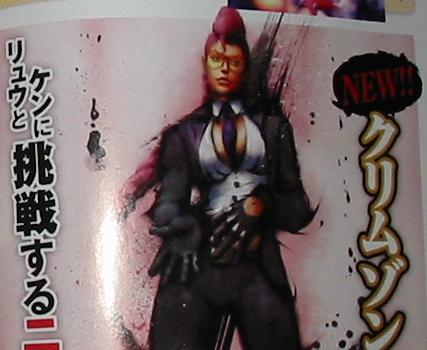 The latest issue of, Japanese gaming magazine, Famitsu featured some interesting Street Fighter IV tidbits including a new character. Scans of the article can be found over at NeoGAF.

Interviews did say we should expect new female characters, but I did not expect this. The character design reminds me of SNK’s King of Fighters, but I will reserve final judgement until in-game footage of her is shown. Who knows perhaps she will be bad ass?

Thanks to neo2046 of NeoGAF for the scans.

Update: Her name is Crimson Viper.