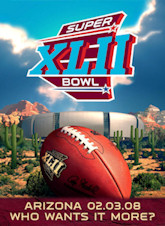 Despite Warner Brothers shunning and, more recently, Woolworths rejection, Toshiba still believes that HD-DVD can win. So much so, that they believe a $2.4 million ad during Super Bowl XLII will be beneficial to the HD-DVD cause. Well somebody needs to believe in the cause, because Microsoft isn’t as committed as they should be — they admitted that they’ve been speaking with the “enemy” about their HDi software. Don’t read too much into it though, it could just be ‘coopetition’.

Good luck with ad, Toshiba. Here’s hoping that it was money well spent!