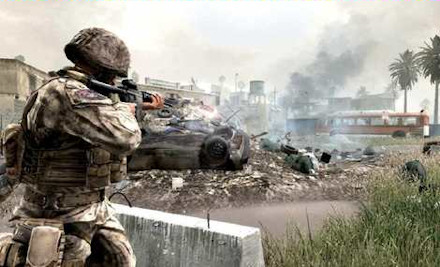 It’s been quite some time, but we finally have news concerning Call of Duty 4’s downloadable content for both the XBOX 360 and PS3. Unsurprisingly, we are going to be receiving additional maps. No word on what kind of maps they will be or how much they will go for, but one thing’s for sure, I’ll be passing on these maps.

I’m not a fan of paying for maps which will inevitably splinter the player base; some will be able to play, some won’t. They should be available for everyone at some point in time, much like Halo 3’s Heroic Pack. Bungie makes a lot great decisions when it comes to online community and a lot of developers would do well by following their example.