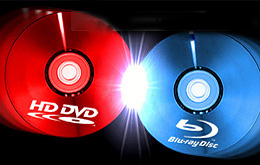 Are you surprised? Not I. The latest rumors concerning HD DVD aren’t pleasant. The Hollywood Reporter posted an article a few hours ago stating that Toshiba is going to be pull the plug on the dying Red format, HD DVD.

The Hollywood Reporter cites the reason as follows: “the substantial loss Toshiba is incurring with each HD DVD player sold — a figure sources say could be as high as several hundred dollars — coupled with a series of high-profile retail defections has driven the company to at last concede defeat”.

The source also states that “An announcement is coming soon,” and “It could be a matter of weeks.”