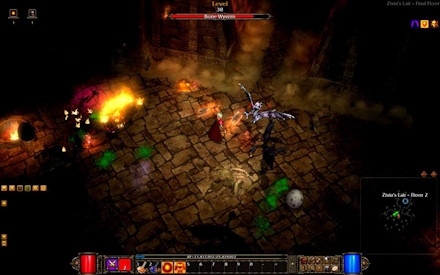 Flagship Studios’ Hellgate: London was a Diablo-clone at its core. It didn’t launch with the highest praise, but don’t let that sour your opinion of the developer because they’re going to release a another Diablo clone: Mythos. On the bright side, it’s a free MMORPG and a lot more traditional than Hellgate: London; it’s up to you to see if this will be a good thing or not.

It looks promising and I am interested in trying it out, but unfortunately it is in closed beta. An open beta phase will begin in the near future though.

Keep an eye on it.