I finally finished the Xbox 360: Uncloaked I started back in February. I learned lots about the Xbox 360 creation. I appreciate the view from the business, the technological and entertainment standpoint. It was well written and informative, but it was quite repetitive at times. It’s funny to read how the decisions Microsoft thought were sound actually turned out. For instance, the dual SKU strategy. They wanted to save money and not put a hard drive in every console. They also believed that there were gamers out there who would actually pick up a Core/Arcade pack without regretting it.

As for my next book? I don’t know yet.

I want to read a Sony PS3 perspective, because I believe their story would be a lot more exciting. I doubt such a book would ever show up, though.

So I started Uncharted: Drake’s Fortune again. I don’t know why, but I just wanted to replay the game again. I loved it then, and unsurprisingly: I love it now. In addition, I am working through Crisis Core: Final Fantasy VII. I’m liking it. The more I play, the more I enjoy. I’m not close to finishing it though.

Everyone should take a look at the latest 1UP Show – Wipeout HD, Mythos, Company of Heroes with Relic vs 1UP and Battlefield: Bad Company beta. A great line up, but take a look at Mythos. I’ve played Diablo I briefly, but I never got into it. I did partake on its clones such as Dungeon Siege and Guild Wars, but I eventually grew bored of them. It’s been awhile now, and I’m itching to get back into some dungeon crawling and Mythos looks like it could scratch it. According to the 1UP Yours podcast, Shawn stated that the game may be going into open beta within the month. I’m hyped.

Speaking of hype, the hype I’ve been building up for Metal Gear Solid 4 is on the rise. Especially after the IGN and 1UP previews. GTAIV has me somewhat excited as well. So does Jess Chobot: 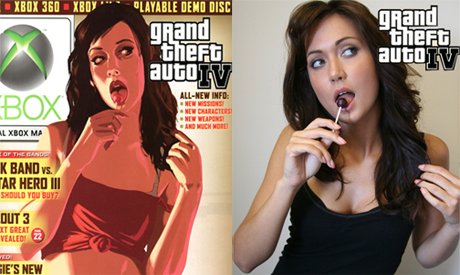 The next 3 months is going to epic.

This weekend? Aside from what I mentioned earlier, there will be Smash and COD4. I may also get back into Battlestar: Galactica again…