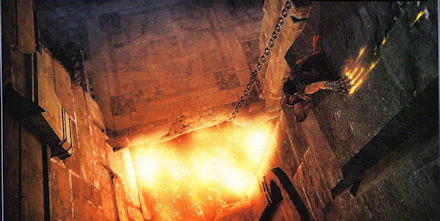 I loved the first Prince of Persia for its faint hearted nature and lack of blood. It felt like Aladdin for me minus the Robin Williams Genie appearances. I’d never played a game like it before and it was just very refreshing. The sequels? Not so much. I hear the gameplay improved, but the darker tone didn’t resonate well.The new Prince of Persia looks to be a complete reboot with new art style and new direction in game design altogether. I commend this step. Not many developers/publishers would put something out like this, but I’m so pleased to see it happening.

As for details? Thanks to Ether_snake for posting this translated summary of the coverage: