“Why we love it” is a new feature which we hope to put out when a highly anticipated sequel is about to make its debut. Think of it as an effort to elaborate upon the qualities and traits fans appreciate from the franchise. It’s not aimed at swaying naysayers, but it will acknowledge the franchises’ foibles. This is predominantly aimed at those who are curious about the hype surrounding an upcoming game and have always wondered, “Why do they love it?”.

It’s a question I was asked awhile ago, which I found incredibly hard to answer. “What do people like about the Metal Gear Solid series?” It’s a difficult game to explain. Trying to justify how 20 minutes of cutscenes and codec conversation is an enthralling experience is a tough task, but I thought it was about time I tackled it. So here’s my attempt to describe the Metal Gear Solid series and share why I (and many others) regard it as one of the best videogame franchises of all time. 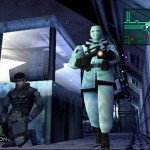 Do you remember the days when instruction booklets found with games were frothing with lore and back story? I do. I remember delving deeply into the Diablo and StarCraft instruction manuals seeking clarity and history about the respective universes. I appreciated the well written exposition which laid out the premise and events which led up to this point in the game. Well Kojima doesn’t believe in having the player read. He and his crew shoved all that info and back story into the game itself via waves of cutscenes and dialog.

This is a point of contention for some: the ‘in your face’ storytelling where the player simply watches the story unfold. All these cutscenes and Codec conversations are optional, but it is understandably despised by those who aren’t keen with watching events unfold for long periods of time. How long? Upwards to 30 minutes or more and if reviewers are to be believed, up to 90 minutes for MGS4. That’s a lot of exposition to absorb when you’re not willing to invest into the story.

But why wouldn’t you want to get into the thick of things? Deciphering the story is one the many reasons why fans of the series have gathered in such great numbers. Codenames, real names and the relationships between characters are in constant flux throughout the games and it takes a great deal of effort to nail it all down.

The story is a mix of fiction and historical events; one could think of it like one big “what if…” scenario. The topics MGS touches upon include government conspiracies, spy games, human cloning, military technology and just about everything inbetween. It’s incredibly detailed with seemingly tertiary characters playing key roles in the grand scheme of things. Paying close attention pays off big time.

A Game of Many Tricks 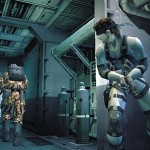 Plenty of games employ gimmicks. Most developers have one or two which they grasp on to and then perpetuate throughout their game. The MGS games do the same, but the number of gimmicks available is at least quadruple the amount found in other games – that’s only counting the “bigger” gimmicks. From cardboard box disguises to holding up enemies for items, the MGS games constantly provide things for the player to try and tinker with.

Let’s take a look at the simple example of distracting/drawing guards in MGS2:

That’s the list for intentional distraction choices. There are also numerous unintentional ways which the player could draw the guard’s attention including accidental sneezing due to the cold you caught from while you were out in the rain for too long. It’s a wee bit unrealistic and exaggerated, but that’s what makes it fun.

Kojima chooses to infuse realism and accuracy into select areas; there’s enough “realism” to ground itself and “gamey” enough to offer fun. The games tend to start off with a minimal amount of equipment – you often have to procure equipment on site. Fortunately, nearly every piece of gear acquired has some use. Cigarettes? Light it up and it exposes trip lasers. Erotic magazine? Toss it out to distract guards. Cardboard box? Use it to blend into a warehouse. Experimentation with the game’s numerous items and equipment is a game within itself. Again, it’s not the most realistic game, but the balance Kojima strikes is excellent.

Few games surprise me with story and gameplay; it’s usually one or the other. The plot twists range from gasp worthy to mind bending and it always kept me guessing. The characters themselves are rarely straight with you and nearly every one of them has some secret to reveal which would be either shocking in itself or revealed in an unexpected manner. As for examples, I’m not divulging any. The stories are well worth getting into and revealing any unexpected twist would be a disservice to you. 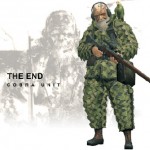 The gameplay related surprises frequently knock over that fourth wall. Famous examples include the boss battle with Psycho Mantis of Metal Gear Solid where the player was tipped off by Colonel Campbell on how to defeat the mind the reader. It was revealed that the player could avoid the psychic’s predictions by switching controller ports. Other radical gameplay choices include the ingenious boss battle with The End from Metal Gear Solid 3. This sniper duel spanned three large areas with the player given multiple avenues of attack. One of the possible solution involved the player’s save file where if the player saved during the boss battle and let one week pass, they would return to discover The End had died of old age. That’s just one of many ways to take down the old man. Speaking of MGS3, if anyone expected the fight with The Sorrow to end the way it does; I’m calling you a dirty liar.

Humor often creeps its way into Kojima’s games and they usually come at you from unexpected places. A lot of it is toilet humor, puns or just plain silliness, but it’s practically ingrained into the series DNA and it wouldn’t be Metal Gear without it. For nearly every preachy moment found, there would be some silliness to counteract it. I love it! 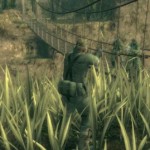 If there was one underlying reason why I’m a fan of the Metal Gear Solid games it is because of its details; the increasing amounts of details woven every game. I’m not talking about detailed textures which show how ripped and defined a character’s body is, but other tangible qualities like destructible items, multiple uses for equipment and other interactive in-game assets. What other game throws in slippery seagull excrement and the ability to succumb to colds? It’s little intricacies like that which amazes me.

An overwhelming amount of detail is also infused into the series’ narrative. There’s a reason why the codec conversations and cutscenes are so long; it’s to flesh out the characters and their lives. You’re going to find out everything you need to know and then some. They even go into gameplay justifications such as explaining why you cannot use the Soliton radar during the “Alert mode” and other nuisances you may question.

Then there’s the patience — patience and tolerance actually — patience for sneaking and tolerance for unorthodox complexity. To play the original trilogy of MGS now would be an exercise in frustration for those who’ve become accustomed to the modern controls and concepts of Gears of War and Splinter Cell. With each passing game, the game offers more options and functionality and it can be overwhelming. However, once you’ve mastered the controls and understand the game’s design: it all flows very well.

Finally, Kojima and his team spoils us with the copious amounts of polish and high production values found in every MGS game. An example of such care and high presentation sense was evident early on with every single line of dialog being competently voiced since the first Metal Gear Solid back in 1998. The visual veneer of every game is always amongst the best of any given platform as well. With consistent framerates, minimal screen tearing and a clear hatred for load times, Kojima and his troops simply won’t settle for less and it shows. It’s all greatly appreciated and should not be understated.

So there you have it. Those are some of the reasons why fans like myself enjoy the Metal Gear Solid games so much. Everyone of the mentioned qualities define what a Metal Gear Solid game entails. The series is not perfect, however, with every iteration, Kojima pushes to improve upon the successes and fix what was broken. This is why I’m also so eager to play the next, and possibly, final chapter of the Metal Gear Solid franchise; it keeps getting better and better.

I have high expectations for it, but what I expect from the fourth installment isn’t far removed from what I’ve already mentioned. To expect a mind blowing story, an unprecedented detailed world and a plethora of interactive gameplay options isn’t unfounded. If this was any other franchise, some of these expectations could be attributed to wishful thinking, but this is a Metal Gear Solid 4: Guns of the Patriots, a game from one the greatest franchises of all time.

And that, ladies and gentlemen is why we love it.