Along with a myriad of details, which you can read up on over at GamesRadar and GiantBomb, Microsoft went up on stage and unveiled a Limited Edition Modern Warfare 2 Xbox 360 with a 250 GB hard drive. 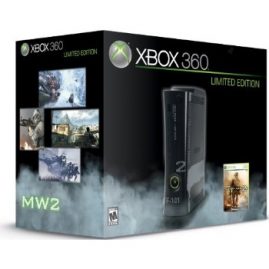 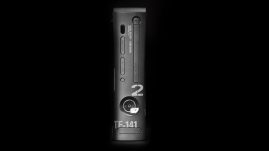 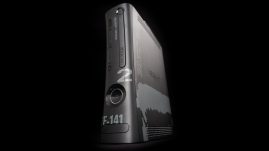 That’s quite the bundle considering the second controller and game will set you back $130 at the very least. I’m not fond of the paint job though. A little tacky.

So that’s all good news, but what of the game itself? I’m a bit worried about balance. Infinity Ward threw in a lot of interesting features and abilities, but how will it all balance out? And with the admission of no multiplayer beta, I’m worried that exploits and exploitable combinations will ruin the fun.

Who can really say though? This is Infinity Ward. They’re a talented bunch and I’ll give them the benefit of the doubt for now. After all, they did spawn a legion of copy cats after Call of Duty 4: Modern Warfare dropped.

P.S – If you want check out footage (and sift through multiple 2 minute videos), head over to the Gameplay section of GameTrailer’s Modern Warfare 2 page.