Surprise! Uncharted 3: Drake’s Deception is coming Fall 2011 for the PlayStation 3.

If you’d like to read up on the reveal, head over to Entertainment Weekly.

If you’d like to gawk at more concept art and stills, scroll down. 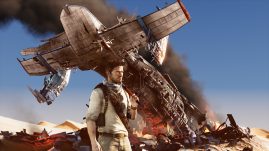 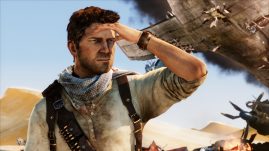 Apparently a live demo will be shown on Jimmy Fallon on Monday, December 13th. As for the full trailer, you can catch that on the Spike VGA 2010.

As much as I adore the Uncharted franchise, I don’t believe I’m going to catch either of those.