Today’s Apple event was chalk full of new products and even contained a couple of genuine surprises.

Let’s start from the top.

The rumors were right, Apple were planning to announce a 13″ version of their expensive (yet pretty) “next generation” Macbook in the autumn. Starting $1699 may seem reasonable in comparison to the $2199 15″ version but it’s still very pricey when you consider the underlying hardware.

The lack of a quad-core CPU is tolerable but the lack of a dedicated GPU solution is baffling to me. Intel’s HD4000 integrated graphics aren’t going to fare so well at the native resolution of 2560 x 1600. And what’s with the paltry 128GB SSD? Couldn’t they just throw in a 256GB drive for that price?

The Mac Mini received its Ivy Bridge update. Nothing much to write home about with this hardware refresh. 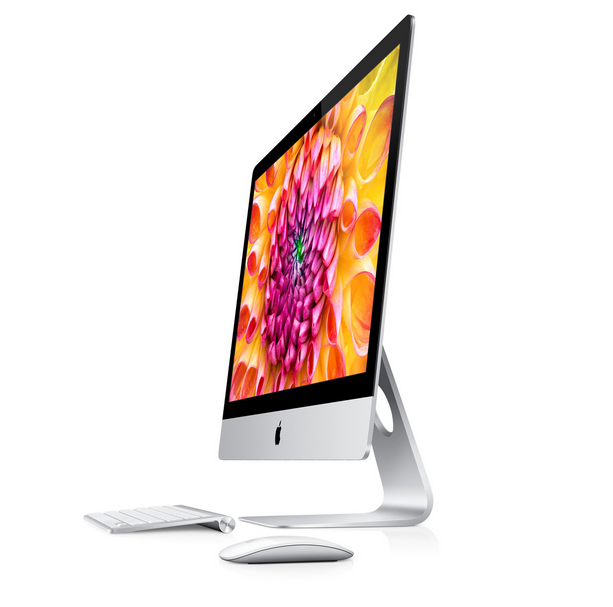 I considered the update to the iMac form factor the first surprise because of how deceptively thin it was. Thanks to the tapered edge, the new iMac appeared to be nothing but display from certain angles.

There’s no high pixel density panel in this which means the pricing remains in-line with Apple’s previous iMacs’ starting price points; $1299 for the 21.5″ and $1799 for the 27″ model.

I’m impressed with the form factor but I do worry about the potential heat and noise issues that come from cramming everything into such a small space. For that reason alone I would be weary of picking one of these up.

A somewhat interesting option was also included in the new iMacs: Apple’s Fusion Drive. It appears to be some sort of SSD caching solution similar to the Intel Smart Response Technology introduced last year. Maybe it will work better with a relatively large 128GB SSD and Apple’s direction.

The most significant change is the inclusion of the Apple A6X processor. I suspect it’s the same A6 that powers the iPhone 5 but with a higher clockspeed and more GPU cores. Apple promises double the performance which I would have liked. They’ve also updated the wireless chips and FaceTime HD cameras but I’m less bothered by those upgrades.

Physically, the device remains relatively identical to the third generation iPad which alleviates most the initial shock of a new iPad so soon into the life cycle. The form factor remains the same except for the inclusion of the Lightning connector instead of the old 30 pin connector.

They also updated the Canadian pricing to mirror U.S pricing. Now iPads are $499 in Canada as well. 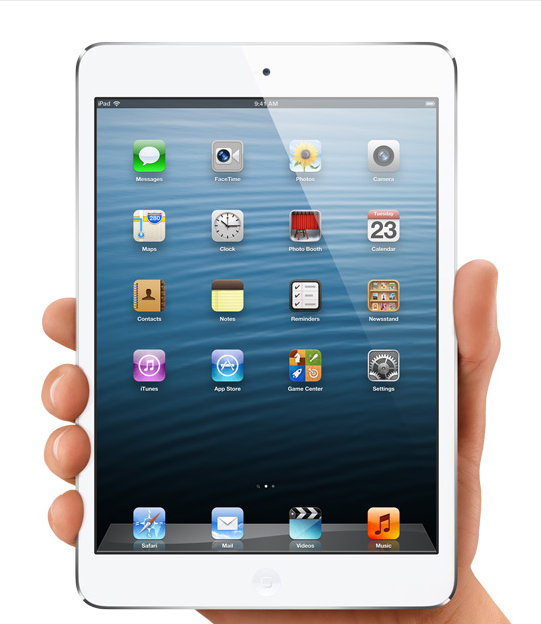 Here’s the reason for this event. The iPad Mini is more-or-less an iPad 2 shrunken down. It uses a 7.9″ 1024×768 display and it is powered by the same A5 processor. It’s just smaller. They even included the rear camera which I honestly did not believe they would include. I guess they had to if they were going to charge $329 CAD for the 16GB model.

The price is $30 more than I thought they were going to peg it at and it will be $120 more than the 16GB Nexus 7 that will be receiving a price cut soon.

So what does the $120 price difference get you? First and foremost: superior build quality. The Nexus 7 is solid but it’s safe to say the iPad Mini’s build quality is ahead by a sizeable margin. It’s lighter despite being physically larger than the Nexus 7.

The iPad Mini also features a slightly bigger screen albeit at a lower resolution of 1024×768 compared to the Nexus 7’s 1280×800. 1024×768 may enable instant compatibility with iPad apps on the App Store right now but I think it is the iPad Mini’s biggest con because I love high pixel density panels for tablets and smartphones. The absence of such a display is enough for me to recommend waiting for the inevitable Retina version in 2013.

For those who are so inclined, you can actually take pictures and videos with the iPad Mini because they did include a rear facing camera.

Now for the main differentiator: the app ecosystem. If you wanted to play Ascension, Ticket to Ride or any other iOS exclusive app, the choice is obvious. If you’re just looking for a web browsing and e-mail checking device, the Nexus 7 will serve you just fine.

Also a minor nod to the iPad Mini for the inclusion of 802.11n compatibility with the 5GHz band. All mobile devices need this feature in my opinion.