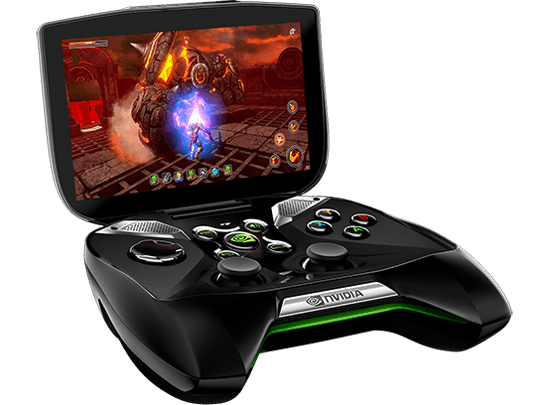 Did someone ask for an Android handheld that looks like an Xbox 360 controller with a 720p 5″ screen hanging off it? Well NVIDIA has you covered with Shield.

It’s an ugly looking thing but this Tegra 4 powered handheld can also stream Steam games from your PC with “minimal latency”. It can also output to a display of your choice via an HDMI cable.

The big mystery for all of us is the price tag. Without any headlining game support, I cannot see this piece of hardware being very successful above the $249.99 price tag. Yes, it has access to the Google Play Store but that’s not enough to sustain the device in my opinion. I can’t even think of a single “must play” title that originates from the Google Play Store.

There is an opportunity for this “Shield” to live as a high powered emulation machine. SNES, Sega Genesis, CPS2, Neo Geo, PlayStation One and whatever else has an emulator running on Android should work splendidly on this.