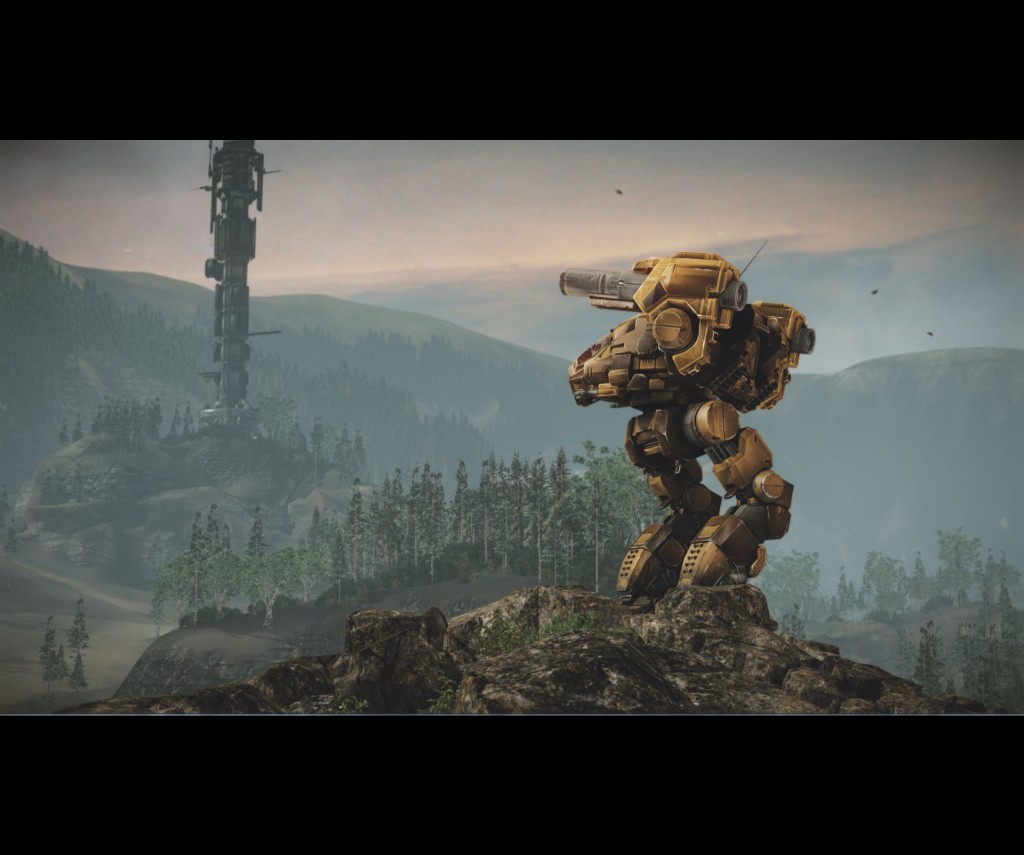 Mechwarrior 2: 31st Century Combat and its expansions are some of my favorite games of all time. It pushed me to learn technical skills that would help me tremendously in life. I stopped playing those games after Mechwarrior 3 because Mechwarrior 4 just didn’t click with me — it didn’t feel like a sim anymore. After that I stepped away from Mechwarrior completely.

For the next several years the only time I thought of Mechwarrior was if FASA Corporation was mentioned along side the likes of MechAssault or Shadowrun. Then I heard the Mechwarrior license was purchased by Piranha Games and that they were interested in creating Mechwarrior Online.

I was excited to hear the news and looked forward to the release of the game. But as news and e-mails of the “Founders Program” came, I became skeptical and largely ignored what was being offered. It was a free to play game so I wasn’t worried about missing out on some significant promotion. Fast forward to January 10th of this year and GiantBomb’s weekly multiplayer show, Thursday Night Showdown. It was there that I saw the first raw glimpse of the Mechwarrior Online experience. Later that night I downloaded the open beta client and began my Mechwarrior Online career.

I don’t blame anyone for giving up on Mechwarrior Online after their first handful of matches. I lost twenty matches or so in a row and I didn’t get a single kill during that time. It took me awhile to grasp the basics. I didn’t understand where the capture points were during Conquest games. I didn’t know how to target certain mechs. And I didn’t know how to handle fights against light mechs. I was lost in a sea of lasers, missiles and ballistic fire.

I was lenient on mech piloting side of things because that does take time. However, Piranha Games needs to address the logistical side of this game. They should have told me to grind out a number of matches before I could buy my own mech and customize it to my own liking. They should have told me that this was going to be a suboptimal experience until I find a mech to call my own. Not everyone is going to patiently throw themselves against the wall of enemy mechs in order to amass enough in game credits (or “C-Bills”).

After two hours or so of losing, I finally saved enough doe to purchase a mech. Trying to figure how where to buy a mech requires a bit of digging as well which in itself is a microcosm of the issues I have with Mechwarrior Online. Going to the “MechLab” to buy a mech when there’s a “Store” tab in plain sight is counterintuitive.

All my menu navigation, piloting and control issues were remedied by searching Google, watching these Training videos and experimentation. I learned about “hardpoints” the hard way; I accidentally purchased a missile oriented Catapult mech thinking I could install any combination of weaponry like in Mechwarrior 2.

After burning through millions of C-Bills and coming to grips with the mechanics, things began to click together. I started to learn the momentum and quirks of my Hunchback and how it fits within a team. I started to customize the mech and controls to better fit my play style. I learned the importance of mech positioning and how to protect my vulnerabilities. These tips weren’t taught through videos or forums per se, they just made sense within the game’s parameters.

Mechwarrior Online requires a hefty amount of trial and error. If it wasn’t for the speedy loading of matches and how quickly each match is resolved, I wouldn’t have endured it. The ability to rapidly iterate allows me to give this game more chances than I otherwise would have.

I am a much better mech pilot now than I was on January 11th but I feel that I had to put in my dues before I began to enjoy myself. Thankfully the Mechwarrior Online community is composed of like minded individuals who will gladly help new players and offer advice in-game. It is easily the most receptive and most respectful community I’ve ever encountered. It brings me back to the internet of the late 1990’s.

Now what about the matches themselves? Are they fun? I think so. It’s thrilling to witness one of my Extended Range Particle Projection Cannon (ER PPC) shots connect and produce a giant explosion of sparks. There’s a gratifying feeling to taking out those little light mechs who harass our heavy mechs. It’s also incredibly disorientating being pummelled and singed by missiles and lasers.

Although we’re playing the same set of maps over and over again, I never know how events are going to unfold. An early death of one of our team mates doesn’t necessarily spell the end for us. The same could be said after three or four quick kills by us. An unexpected flanking of our pack or an overextension of a couple of our mechs can change the tide of battle quickly. Not many games out there take into account tactical, battle and strategic prowess.

I knew this was a beta going in but since they were allowing people to pay real Earth money to buy special mech variants, I thought it was ready for prime time. It isn’t. Too many basic functions and mechanics are obscured or poorly explained to the user. They didn’t even have the iconic mech startup sequence until this past week’s patch.

As a Mechwarrior fan I’m thrilled to play this in its current incarnation, but I am of two minds with the current state of the game. I appreciate that it’s like Mechwarrior 2 where I have to crack open a manual and refer to keyboard layouts in order to learn the basics. On the other hand, I want more people to play this and I don’t think the masses are willing to put up with how raw this experience can be.