At first glance, the Vita TV is a brilliant idea. Just look at what it can bring to your HDTV:

Sony promises it can do all of that for about $100. It will debut in Japan first. 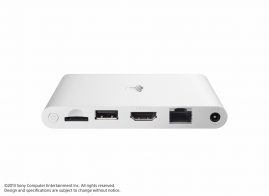 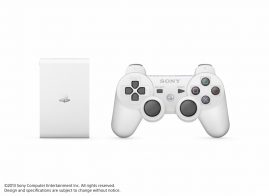 So what’s the problem then? I strongly believe Sony should have positioned this Vita TV as a proper media streaming box as well. At the moment, it just looks its namesake: a Vita made for TV.

The specifications are telling. The device only outputs 720p or 1080i which is a notch below the likes of other media streamers. Sony continues to skimp on their wireless solutions by only including a 802.11n 2.4 GHz radio. Any modern media streamer will sport dual band wireless. On the plus side, it does include an Ethernet port albeit only a 10/100 Mbps one.

Most importantly, how will this Vita TV handle its rendering. Will it render all its apps with the Vita’s native resolution of 960 x 544 and scale up? Or will it render Netflix and other apps at 1080i and/or 720p? I hope for the latter but the easiest way for Sony to approach this is to treat the device as a Vita and scale everything up. There’s already evidence of UI being nothing more than the Vita OS blown up in this “A Day with PlayStation” video.

As for the gaming side of the equation, I am most excited for the ability to stream PlayStation 4 games via Remote Play. I hope it works well because that’s the only gaming related capability that I care for. I don’t foresee many Vita/PSOne/PSP games looking so hot on the big screen.

Whether or not this is a compelling standalone product or neat accessory for the PlayStation fan is ultimately up to Sony. I can see this becoming a very attractive media streaming that can play games and videos but only if Sony treats each of those mediums with care. If they don’t half ass this, I would buy one.