I stumbled across “induction cooktops” whilst I was contemplating which appliances I would be spending money on. I was considering a classic convection stove, but then I started looking into what this “induction” technology was all about.

After reading the Wikipedia article, I thought it was magic; some kind of sorcery where invisible energies heat up pots and pans. If you’re not into reading, watch this “How Induction Cooking Works” video by General Electric.

Those who know me know that I’m not much of a cook, but when it’s as quick and responsive as this technology: that will change.

As with nearly everything I purchase, a great deal of effort has been put into case considerations for my new iPad.

I initially wanted to plop down money on an leather Smart Cover but after spending time with the tablet, I realized that I would like a case that can be propped up in both landscape and portrait mode.

I narrowed my choices down to the following:

I’m a fan of the Joy Factory case. It doesn’t look bulky and it looks like it covers my landscape/portrait requirements. The only thing both of these cases don’t feature is the auto wake/sleep magnet that the Smart Cover has.

The most obvious downside to the Joy Factory case is the cost. It could cost upwards to $95 to get it shipped to Canada. With that in mind, I’ll be keeping my iPad at home and waiting for this case to become available and see how real world pricing shakes out. 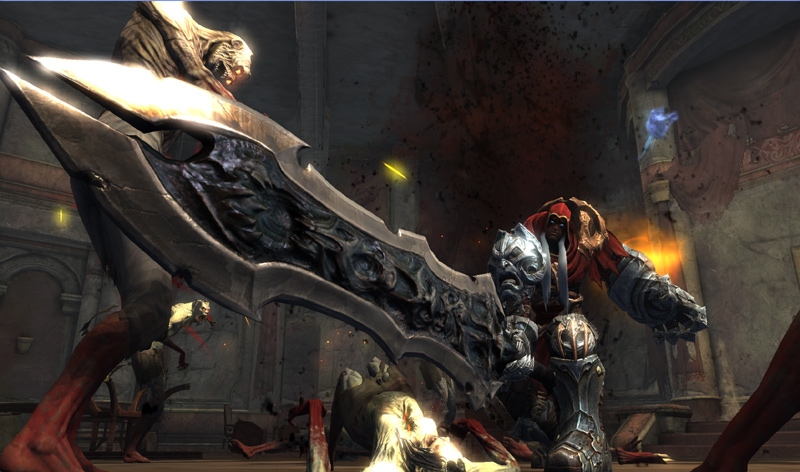 Having just finished my second run through Mass Effect 2, I’m left pondering over what game I should be playing next.

Seven games if you break it down. Seven games that I’ve purchased recently or have upcoming sequels.

The most obvious answer is to start Darksiders because of Darksiders 2 later this year, but I have Skyrim here and cannot let it stay unfinished like Fallout: New Vegas. To avoid this situation in the future, I’m just going to stop buying Bethesda published role playing games. These games cannot keep my attention.

What should I play next then? I haven’t touched the PlayStation 3 in awhile, so maybe it’s Shadows of the Damned? I hear it’s funny and I wouldn’t mind more funny in my gaming right now.

It’s been awhile since I took a look at what I’ve been representing on QSF5.com’s Web

Faves section there on the right.

I don’t want to remove anything per se, but I do have some additions to highlight.

Tested – Tested is Whiskey Media’s technology, coffee and gadget website. I was initially drawn to their site by their weekly podcast, “This is only a test”, but I stayed for the informative and entertaining videos. The two editors, Will Smith and Norm Chan, have a great chemistry on screen and on the air which gave the site more personality than any other tech site out there. Plus they showed off the cutest little corgi ever, Chloe Bananas.

Digital Foundry – Easily the most thorough site about the console gaming technology. Richard Leadbetter and gang explore everything from game engines, to console hardware rumors and, of course, the usual multiplatform comparisons between all the platforms.

MacRumors – As a grow fan of Apple and their products, MacRumors has become a regular stop for its news, rumors and forums. Some of the comments are on the ridiculous, but

That’s it. Three sites worthy of my time and perhaps yours.