Sony dropped a few announcements on their blog today:

At least three more ports are headed to the PlayStation Vita. The headliner is Borderlands 2 which will include itself in a $199 PlayStation Vita (PCH-2000) bundle. New hardware revision coupled with the port of a game that’s nearly two years old?

That’s such a compelling offering.

The PlayStation Vita is quickly rising to the top of my list of poor hardware purchase decisions.

Black Friday has come and gone. There is the — awfully named — Cyber Monday but I don’t think I’ll be spending any more money. I decided to buy only one thing, a PlayStation Vita.

I didn’t want a Vita when I could have gotten one for $149.99, so why would I want one now? Amazon.com priced the newly released Assassin’s Creed: Liberation PlayStation Vita bundle for $179.99 and threw in 3 months of PlayStation Plus AND a copy of PlayStation All Stars Battle Royale. It’s true that I don’t really want those free games but with PlayStation Plus and its generous freebies, it made the Vita much more attractive.

Also not having to spend money on a memory card is welcomed.

I actually did want a copy of Dead or Alive 5 but I think it will slide down to $19.99 during Boxing Week.

I still have my Halo 4 review to finish. With Black Friday sales getting in the way, I didn’t have time to wrap it up last week. I’m hoping to post it this Wednesday.

It’s time for another installment of… 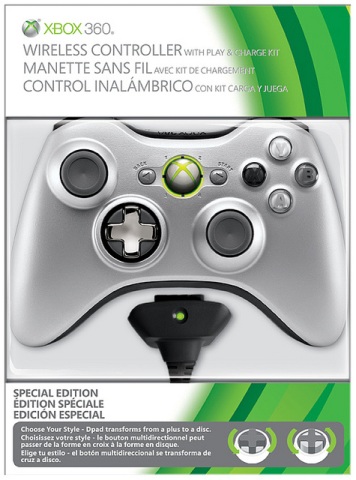 Making it available exclusively with a Play & Charge kit bundle for $64.99 MSRP.

It’s officially too expensive for my liking.

$149.99 could net you the Kinect camera and the Kinect Adventures game.

On top of confirming Kinect pricing, Microsoft have also stamped their official seal on the new Xbox 360 Arcade unit which will feature 4 GB of internal storage and a black matte finish. Wi-Fi? Included. Which means the only thing this doesn’t feature is beefy storage which I’m not sure you can rectify with official (or unofficial) hard drives yet.

Microsoft also confirmed the existence of a new Holiday bundle which will have both the Kinect and new Arcade unit for $299.99. That’s not a bad price, to be honest. Hell, I may even partake in a bundle like that if Microsoft allowed me to use my own 2.5 inch hard drive.

We all know that won’t happen though.