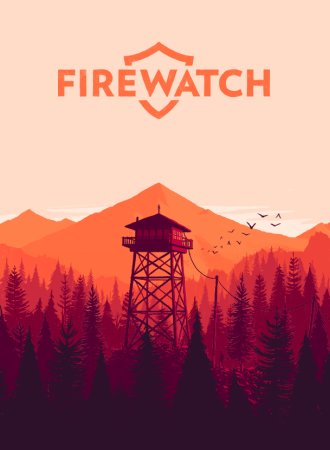 Firewatch wins this category on a technicality because I simply didn’t play many older games in 2017. I was at odds with Henry’s cowardly ways; it’s very rare that I don’t find any redeeming qualities with the protagonist of an  game let alone an adventure game. He was a coward who ran away from his problems. I made it my mission to steer him back home and away from the allure of Delilah. I related to his growing infatuation with her even though she was nothing more than a voice.

I came away reinforcing my own definitions of infatuation, love, and unconditional love. And for someone who was in the middle of a budding relationship, that proved to a bit helpful. 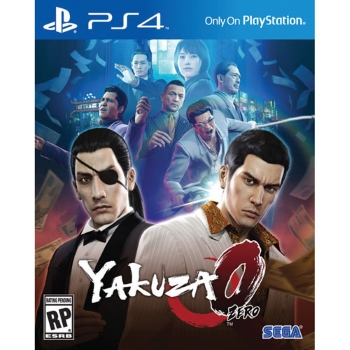 Yakuza 0 is a masterful blend of wacky and touching moments. It took me on a wonderful journey through 1980’s Tokyo that left me wanting more. Giving Kiryu’s backstory more airtime was nice but transforming Goro Majima into a more than just a wacky nuisance was the real winner here.

I’ve played my fair share of Yakuza games starting with Yakuza 2 and the sheer amount of stuff to engage with in Yakuza 0 was astounding. Not all of it was of stellar quality but I found myself enjoying the journey and not wanting to end. I even flirted with the idea of returning to 0 to mop up leftovers.

2. Super Mario Odyssey – There may have been way too many Moons to collect but for the vast majority of the time, Super Mario Odyssey was a joy to play. My only complaint? It didn’t quite dazzle me like Super Mario Galaxy did but then again, how many games can live up to that masterpiece?

3. Persona 5 – I’m technically still in the midst of playing this game but I really enjoy it. I – like many others – have a strong affinity towards Persona 4 and its cast of characters, so I was curious what Atlus would do to win me over with a new cast of characters. After a bit of an awkward and rocky opening, I’m finally hitting my stride with the game.

I adore the music and style which they unsurprisingly nail. But I’m a bit surprised with how invested I am with the characters and their stories. They’re grabbing with their shocking nature but I’m sticking with them to see how they handle these “classic tales of woe” in these modern times.

4. Uncharted: The Lost Legacy – In a year filled with open world goodness, Uncharted games feel especially antiquated with their restrictive climbing mechanics and instant death pitfalls. But once I got my Uncharted legs back under me, The Lost Legacy was a wonderful way to revisit the mechanics of Uncharted 4 without the long commitment of reliving Nathan Drake’s final epic.

7. Mario Kart 8 Deluxe – Mario Kart 8 was number 2 on my 2014 list and it still holds up 3 years later. It’s easily my favorite Mario Kart title and it’s even better with this refined package. This time around, I found additional joy playing the game with friends and family in 4 player splitscreen. It’s the first Switch game that I played like one of those Switch commercials.

8. Nier: Automata – I like many of the individual elements of Nier: Automata but as a whole, it felt short. The soundtrack is phenomenal — I still listen to it on a regular basis. But the bland world and basic combat left me wanting. And while I understand that playing the game multiple times to wring out additional endings is appealing to some, I generally dislike it. I don’t mind replaying exceptional experiences but unfortunately for Nier: Automata, it wasn’t one.

But that soundtrack? Keep that on loop.

9. Puyo Puyo Tetris – I didn’t get around to reviewing this game because I never got around to completing I did enjoy what I played of Puyo Puyo Tetris. The campaign is silly nonsense that overstayed its welcome but I admire their heart. It’s a fantastic game filled with nonsensical characters and great puzzling action. I know I will be returning to it time and time again which is why it currently sits as one of two digital purchases for the Nintendo Switch.

10. Yakuza Kiwami – I experienced the first Yakuza through Yakuza 2’s recap video so while I had an idea of how the adventures of Kiryu started, I didn’t experience it first hand. I rectified that this year thanks to Sega’s remake dubbed Yakuza Kiwami. It was certainly extreme but coming from Yakuza 0’s ridiculous panache, it felt a little toned down and disjointed. Granted this was faithful to the original game but I think they may have been a little too faithful. Still, it was good to see the likes of Yuya brought out of the dark ages of the PS2.

I spent a lot of time reading maps, exploring the surrounding wilderness and dealing with the usual public park happenings that would crop up. Rowdy teens? Illegal fireworks? Missing persons? They certainly made it feel like I was working in a giant public park. All these mundane activities were broken up with radio communiques with Delilah, a veteran lookout who acts as a guide at first but slowly develops into a companion for Henry.

The dialog options gradually evolved from cordial and business like to flirtations. I’m supposed to believe Henry begins to fall for Delilah despite only hearing her voice on the radio. I bought it and believed the possibility of falling for someone in this manner but I wasn’t sympathetic to Henry’s emotional affair. I wasn’t convinced to even consider the flirtatious options. While Delilah sounded like a perfectly nice lady, time progressed in jump cuts and the slow build-up towards a connection was a bit too rapid for me to develop any emotional connection with her. I can see Henry growing that kind of relationship 60+ days into the job in the middle of nowhere but a couple of hours in real time on my couch? I wasn’t sold.

The precarious nature of the Unity engine also struggled to keep me engaged. I was okay with not being able to run the game at 4K60 on a NVIDIA GeForce GTX1070; I was fine with settling with 1440p60. I was less forgiving of the minor hitching and game’s inability to maintain application focus with Steam Big Picture Mode. I wasn’t too keen on the handful of crashes I experienced either. I felt the entire game’s technological foundation was coming apart at the seams at times.

I am enamored by Olly Moss’s art so when I heard there was going to be an entire game filled with his touch and style? I paid attention. But pretty scenery and art could only get me so far. What pushed me forward was Delilah and Henry’s conversations. What were they going to talk about next? By only sitting in on snapshots in time, enough loose ends and questions were raised along the way to entice me forward. I may not have bought into the idea of Henry abandoning his wife and falling for Delilah, but I was very curious to discover more about her and her experiences on this job.

If Firewatch was supposed to make me think about my views on commitment and unconditional love then Camp Santo succeeded. If Firewatch was supposed to engross me in a situation where I’m supposed to develop a relationship with this woman on the radio then it’s a bit dicier. There were beautiful vistas to behold and a genuine believable person on the other side of the radio but unless a person can be convinced to ponder the topic of relationships and commitment, there’s not a whole lot to be gleaned from Firewatch.

I watched this year’s Canada Day fireworks from my workplace with my girlfriend and her parents yesterday. It was my first time meeting them and I thought it went very well. I was incredibly comfortable around them and at times I felt like I was communicating with my own mother. My girlfriend wasn’t as relaxed as I was though. I may have been comfortable during in the moment but after the fact? A fair bit of anxiety kicked in — how did I really do? Girlfriend said it went fine and we’re all meeting up again for dinner tonight so there’s that.

I finally finished Firewatch. As someone who is just kicking off a serious relationship I see it as a mirror of morals and what I believe unconditional love means. It also lays out the question of what an emotional affair means to people. Can you fall for someone who you’ve only known through voice or — in the modern day context — chat? I thought it was very effective at conveying its story but I felt the game’s engine was being held together by duct tape.