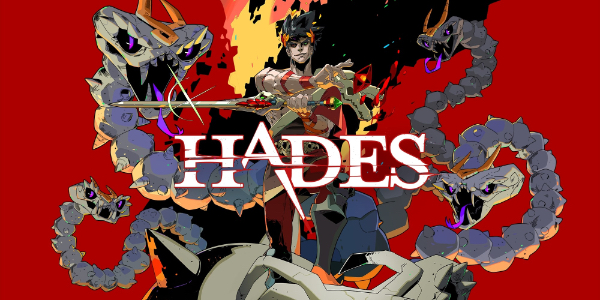 I know it’s later than usual and there are fewer “parts” but 2019 was a weird gaming year for me.

The Outer Worlds started strong. I enjoyed just about everything on that first planet. However, the more I played, the less enthused I was with pushing further. The visual style, dialog, quests, and combat all began to grate on me. It was a tighter and more compact take on Bethesda-style RPGs like Fallout but it was still one of those games and I think I’m officially exhausted by that style of game.

That weird reveal trailer sold me on the idea of Ring Fit Adventure. I wanted it but I didn’t want to rush out and buy it for $100 just yet. I bided my time until a sale popped up and I pulled the trigger on what turned out to be my favorite fitness game. But it wasn’t just my favorite: my fiancée has been enjoying the hell out of it as well. She didn’t take to Wii Fit U but Ring Fit Adventure has her playing 5 out 7 days in a week.

Red Dead Redemption 2 requires a commitment to the bit. The bit? Being a cowboy. You have to love being a cowboy and that doesn’t mean just cherry picking the shootouts and horseback riding. Red Dead Redemption 2 asks people to commit to the life of a cowboy including the mundane and hardships. I was willing to commit and I loved a vast majority of it. It’s one of the best games I played this year. It might be one of the best of the generation.

Apex Legends is game of the year for 2019. According to PlayStation’s year end wrap up, I played over 400 hours of it. Completed 3 battle passes and I see no sign of slowing down in 2020. It clicked with me like Overwatch but without the need for a large cohesive unit. I effectively staved off the desire to get Call of Duty: Modern Warfare because of Apex Legends’ hold on me. It took a while, but Respawn Entertainment made a battle royale game that suited me.

Ring Fit Adventure was sneaky good courtesy of Nintendo’s ability to make just about anything fun. Gamifying exercise isn’t new but executing it this well is. It’s the best game of that genre to date and one that I can see myself “playing” for many years to come.

Untitled Goose Game snuck in and won me over with its mischievous stealth puzzles. House House successfully created a charming stealth action game while minimizing the punishing frustrations of the genre.

The Legend of Zelda: Link’s Awakening was a solid Zelda title that was marred by technical performance issues. It’s a damn shame but I pushed passed it towards the end and ultimately enjoyed my time with it.

There are many, many gaps including Resident Evil 2, Control, and The Outer Wilds but that was my 2019. I hope to address those omissions in 2020.

How many franchises can pull these kinds of drastic changes between games? God of War’s formula was working. It was getting stale but it was working. Sony and Santa Monica Studio didn’t have to shake things up but they did, it worked, and I loved it.

Astro Bot: Rescue Mission sold me on PlayStation VR. It was a fantastic fusion of 3D platforming and virtual reality gimmicks. By the end of it, I felt it validated my purchase of the PlayStation VR.

I didn’t buy a Call of Duty title since Call of Duty: Black Ops III. I initially skipped the two Call of Duty games that featured single player campaigns. I eventually picked up Infinite Warfare on sale for it’s campaign but I realized that I was just here for the multiplayer component. And it’s worth it.

The Kanto region has never looked as good as it did in Pokemon Let’s Go Eevee. It’s the ideal blend of old and new.

Yakuza 6 did right by Kiryu Kazuma. Coming from the heights of Yakuza 0 was never going to be easy but this grizzled yakuza still managed to entertain despite the age.

Forza Horizon 4 was my first foray into the Forza spin-off and I had a great time. I didn’t see it until the end but I still enjoyed what I played. I’m not the biggest fan of open world racers but Forza Horizon 4 won me over.

Dragon Ball FighterZ was a childhood dream come true. I just wished I dreamt of solid single player and online modes as well.

Monster Hunter World showed there’s a lot to like about this long running franchise. Capcom built a solid foundation for the future and I look forward to the sequel that allows me to play co-op without jumping through cumbersome hoops.

There’s a lot of love of video game history in Super Smash Bros. Ultimate. I have yet to sink my teeth into it but what I tasted was enough to keep me wanting.

2018 was the year of PlayStation VR for me. My library wasn’t vast and yet it somehow produced my most surprising and disappointing games of 2018.

Astro Bot: Rescue Mission convinced me it was possible to fuse a traditional 3D platformer with virtual reality to produce an awesome experience. It was like playing Super Mario Galaxy for the first time. The technological gimmicks worked and only served to enhance my enjoyment. It’s certainly possible to play the game without VR but a lot of the fun was pulling off those traditional platformer moves from weird and unorthodox perspectives. I felt like I was playing an intricate part in helping my little robot friend find his buddies.