With all the major gaming releases out of the way, most publications and forum dwellers are looking back at the year that was 2009. It’s been quite the year with many noteworthy titles strewn throughout. I’ve played many of them, but there are still a handful which I ought to play before making my own personal deliberations. I’m not some big shot editor or anything, so don’t be surprised if some of the titles I need to play get pushed into 2010.

So here’s the list of “noteworthy” 2009 titles which I have yet to play. I’ve included an excuse for having not played it as well.

Demon’s Souls – I placed an order via BuyNextGen.com (don’t buy there), but it never showed up. And now I’m either waiting for a lull period or a sale in order to pick it up.

Assassin’s Creed II – I didn’t enjoy the first one very much and subsequent Ubisoft Montreal releases seemed to repeat the original’s shortcomings so I passed on it. However, I hear it’s well worth the time so I’ll wait for it to slide down the pricing ladder on Boxing Day. It is an Ubisoft title; their titles rarely retain the full price tag for long.

Dragon Age: Origins – Many deals for this title and I’ve ignored them all in hopes of playing it on the superior PC platform. When will I get to play the title depends on when I will upgrade my old box.

It’s not that much and I’m certain I’m missing something worthwhile. For the curious, I’ll be using the same GOTY format as last year’s which is to say it will be a “Top 10” list with no real breakdown. 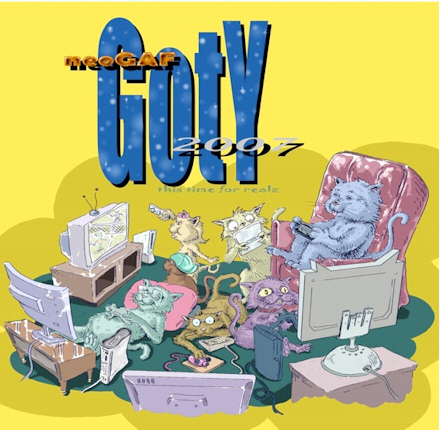 Probably one of the only GOTY awards I can side with and care about. Gamers on the NeoGAF forums voted and here is a small slice of the results:

The rest of the results can be found in this thread.