Kojima and company must have taken the criticisms of Metal Gear Solid 4: Guns of the Patriots to heart because I can’t think of any other reason why Metal Gear Solid V: The Phantom Pain took such a hard swing towards the other end of the gameplay vs. story scale. Lengthy cutscenes were present but they didn’t occupy the real-estate like they did in the PlayStation 3 exclusive.

Kojima Productions (or KojiPro) stopped force feeding us story and framing through codec conversations and the experience is lesser for it. It’s bad enough that Snake rarely responds to people when they speak to him, so to have other relevant story bits stashed away in cassettes for the player to digest at a later time lead to a disjointed narrative. These tapes helped stitch everything together and if I didn’t listen to the relevant cassette tapes prior to several main missions, I felt I was undercutting the importance of those missions.

What’s the answer then? It doesn’t lie with 90 minute cutscenes or giant exposition dumps via codec but the solution in this game doesn’t work either. It’s weird having Ocelot or Miller tell me that they recorded important information for me to listen to instead of just telling me. It’s like KojiPro laid out the narrative blueprint that we should follow but then broke it up into dozens of pieces and it was up to us to figure out their ideal path to consume it all.

On the plus side, I was able to listen to all those cassette tapes when I’m managing my base on the iDroid portable computer or during optional side missions. Unfortunately, some of those tapes are several minutes long and I don’t spend that much time maintaining Mother Base. And sometimes, I simply forget to check to see if there are new tapes to listen to during side missions. It’s an inelegant way to deliver your story.

The Mother Base management simulation from Metal Gear Solid: Peace Walker returned in MGSV giving us all reasons to spend countless hours collecting men, women, children, animals, crates, vehicles and nearly anything else that wasn’t bolted down. Using the fulton recovery system was often the prefer method of getting rid of unconscious guards because any other non-lethal option gave those guards opportunities to come back.

The inclusion of Mother Base encouraged non-lethal gameplay and careful scouting but instead of fultoning being a viable option on the battlefield, it became my ONLY option. I wasn’t in the business of sorting and micromanaging my soldiers so I just sent everything to Mother Base and let Miller sort it out. Highly rated soldiers would automatically displace inferior ones who would eventually get dismissed without my intervention. All I cared about was finding those soldiers with colored rating bars and capturing them.

Unlike Peace Walker, Mother Base in MGSV was more than just a series of menus; it was a living breathing place where Snake could interact with. There’s more to see than there was to do but I appreciated the effort into bringing the base to life.

MGSV was easily the most joyous to play Metal Gear game to date. I would say it even breaks ground in playability in a few areas. I loved being able to roll from side to side when Snake was on his stomach. I felt like I was in total control of Snake’s multitude of abilities. It was nearly impossible to accidentally slit someone’s throat instead of choking them out. The only iffy spot was when Snake was navigating uneven terrain and he would sometimes changed stances from crouch to standing up and revealing my position to nearby enemies.

With so many options, it’s a little disappointing to limit the number of weapons a player can bring into a mission. Fortunately Snake could call in equipment, weapons and even vehicles to the battlefield at any time. It’s an interesting idea that helps create the illusion of a team of people who are supporting Snake but it did take me time to get used to not having all the options at my finger tips.

Speaking of support, Snake met some useful buddies along the way. First was D-Horse who helped Snake move across Afghanistan early on. Eventually Snake was able to capture vehicles and D-Horse was made obsolete. One buddy who was always useful was D-Dog who sniffed out all the enemies near Snake. He was eventually able to knock out enemies as well. Quiet, the nearly naked Sniper and D-Walker, the bi-pedal mech, were available buddies but I loved D-Dog too much to not bring him along for nearly every mission.

After 90 hours, I watched the true ending of MGSV and was still left wondering. I was fine with the ending. I guessed what was going on within the first hour of the game but it didn’t affect my impression of the ending either way. In fact, I was content with the story side of the equation. I enjoyed the dark and gross tone and the fleshing out of Master Miller.

I had issues with several of the other characters though. I was not a fan of how Revolver Ocelot was used. The slick and cocky gunslinger was reduced to a bore with a voice that I often confused with Miller’s. Quiet was nothing but T&A and Code Talker was nothing more than a rambling scientist. The most disappointing treatment was the direction of Snake. He was oddly mute for too much of time which was disappointing because Kiefer Sutherland did a fantastic job with the voice of Snake. It’s likely a business reality why he was scarcely used but the final product was hurt by his inclusion.

I was okay with the story missions and some of the more narrative driven side missions. Story missions forced Snake and I to play within a specific area which makes me wonder what the point of the open world was. The side missions allowed players to roam the entire Afghanistan or African landscapes visiting various points of intrigue with nothing of value in-between which, again, left me wondering if the open world was necessary. I thought about it over and over as I tackled each and every side mission. In the end, I concluded that the open world made the game more fun to play when they took advantage of the fact that they were in an open world.

Scouting out each mission area before I infiltrated it never got old. What wore out its welcome were the uninspired side missions where I was shooting claymore mines or played zombie exterminator. I was hoping for at least one more area to explore but if they were already padding out side missions with nonsense, I think it was best that they stuck with two.

You don’t see many games run with 1080p60 let alone an open world game. The fluid framerate made this game a dream to play and it rarely buckles despite all the mayhem that could appear on screen. It’s obvious that MGSV has its roots in the previous console generation with the very limited destruction and low quality world textures. Despite those shortcomings, the immaculate lighting and fantastic character models that this series is known for shone through — especially in cutscenes.

The early tech demo, for what was originally called Metal Gear Solid: Rising, showcased an impressive sword cutting mechanic that wowed me. Before that demo, I’ve never witnessed precision sword mechanics implemented in a game. We’ve seen fancy sword play through elaborate combos and random dismemberments before. We had control but we never wielded a sword in an action game like a master swordsman would. We were never able to pick where we were slicing.

Coming up with a great idea is only the beginning. You need to be able to take that idea and nurture it into a full fledge game. Kojima Productions wasn’t able to pull Metal Gear Solid Rising together by themselves so they enlisted the help of action game specialist, Platinum Games. Kojima Productions, known for their cinematic story telling were responsible for the window dressing while Platinum Games was tasked to integrate the new fangled sword tech into an action game. Together they hashed out a full game and called it Metal Gear Rising: Revengeance.

END_OF_DOCUMENT_TOKEN_TO_BE_REPLACED

Castlevania: Lords of Shadow was one of the most narcissistic and conceited games I’ve ever played.

Mercury Steam and Kojima Productions were obsessed with the game’s looks. It’s gorgeous — technically and artistically — but their vanity got in the way of the game itself. It caused many frustrations and annoyances ranging from performance to pacing.

END_OF_DOCUMENT_TOKEN_TO_BE_REPLACED

Why have a journalist bother your game director when you can set up your own questions and answers session on his terms.

Kojima Productions did just that with this Metal Gear Solid: Peace Walker Q&A session with Hideo Kojima. It’s worth a read and I encourage those who’re interested in the 2010 PlayStation Portable title to do so.

They’ve also posted this collection of 1920×1088 screenshots which I scaled back down to reality.

Check out the images and “interview” below. 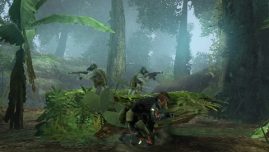 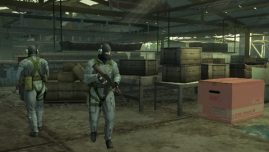 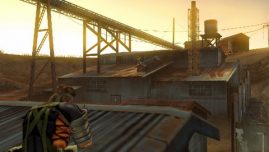 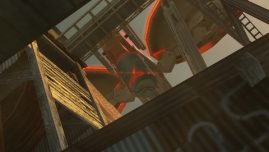 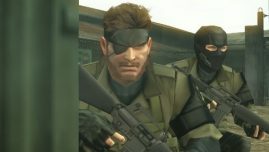