Resident Evil games are coming to Nintendo 3DS and Capcom are showing it off a bit.

And while Sony dropped these screenshots yesterday, I bring them to you on a silver platter for your convenience. 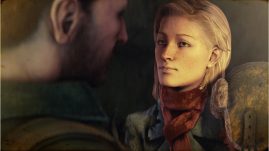 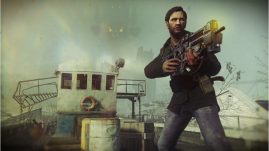 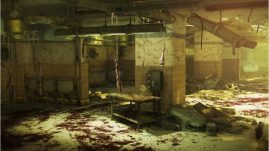 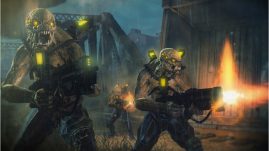 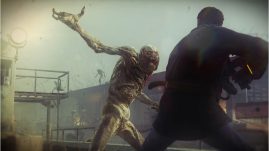 All three of these games are looking great, but will they play as good as they look?

If you were to ask me what my two favorite franchises were for the Nintendo DS, my answer would be: The Professor Layton and Ace Attorney series.

And if you were to tell me that Level 5 and Capcom were working together on a crossover game, I’d squeal like a little girl and seriously consider picking up a Nintendo 3DS for this game alone.

Well that all happened and it’s damn awesome news! AndriaSang has all preliminary details including the setting and plot outline.

I’m not going to rehash them here, so I’ll just leave these awesome pieces of art Level 5 provided today. 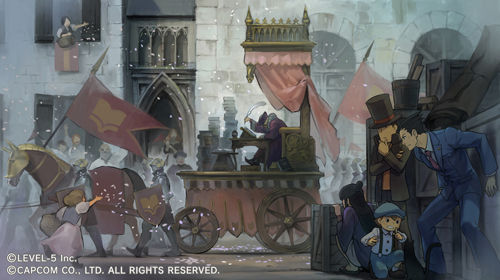 That’s a lot of money. It may be worth that price since it does feature 3D without glasses and a fair bit of horsepower compared to its predecessor and the competition, but that’s still a large sum of money.

North American prices haven’t been set in stone, so it’s possible that it could debut at a lower price point, but I’m doubtful of that. I’m thinking $289.99. Others are leaning towards the $249.99.

I like to set myself up for surprise and not disappointment.

There’s no set date for the North American launch either. All we know is that it’ll be as early as March 2011.

According to Siliconera, the Japanese package will include the following:

That’s not much. Not even a game? C’mon.

Check out the rest of the FAQ over at Siliconera, it’s quite informative.

Nintendo also released a handful of promotional videos which provide insight on how the Nintendo 3Ds’ various functions work and how different Japan is compared to North America. All that wireless tag mod stuff? Yeah, that’s not happening in North America. At least not on public transportation.

END_OF_DOCUMENT_TOKEN_TO_BE_REPLACED

Capcom have committed at least two titles for the Nintendo 3DS. The handheld won’t be released for some time (many speculate December for Japan and early 2011 for the rest of the world), but that did not deter them from releasing some awesome trailers.

This Resident Evil: Revelations trailer looks like it’s running in-engine which is very impressive to say the least. Yes, it’s just character models on screen, but it resembles the Resident Evil 5 models so much that it’s hard not to be impressed.