I just watched the Super Mario Maker Overview trailer and was reminded that the game debuts on September 11. I had no idea. I thought this was an October title. With Super Mario Maker and Metal Gear Solid V: The Phantom Pain’s release dates sneaking up on me, I decided to take an inventory of my upcoming 2015 games and what’s coming out and when.

So there isn’t as much as I thought. It’s the holiday so there’s plenty of shoot bang titles to stave off the cold. Call of Duty: Black Ops III is a giant question mark for me though. It didn’t have the best showings at the tradeshows. The upcoming beta this week will ultimately decide the game’s fate methinks. Then again, my brother and I enjoy our co-op shooter campaigns which BLOPS3 has.

The Skylake Is Falling?

So Skylake is here. It’s been a couple of weeks since the reviews for Intel’s latest “tock” release were posted online. The results are a little weird. On one hand, instruction per clock performance improved ever so slightly over the previous generation for general computing but seemingly took a hit in gaming scenarios.

The switch to DDR4 won’t move the needle for performance over DDR3 right now but it will lower power consumption. I thought there’s a premium over DDR3 modules but a quick glance at NewEgg.ca sees both DDR3 and DDR4 16GB kits priced at $150 each.

By far the most attractive prospect of upgrading to Skylake platform is the accompanying Z170 chipset. With the new 26 lane Flex-IO hub, motherboard manufacturers can provide more USB 3.0, SATA or PCI-e ports than ever. More ports are welcomed. Faster ports are also welcomed and some Z170 motherboards will feature USB 3.1 Gen 2 ports that will offer up to 10 Gbps transfer rates.

With all the goodies in hand so far, there’s actually more to come. Intel’s first Skylake CPUs only come in two flavors: the i7-6700K and i5-6600K. The motherboard situation isn’t great either with only Z170 chipsets based ones on the market. I’m not big on CPU overclocking these days so the K-series CPUs and Z-series motherboards a bit overkill. Not to mention that the ITX options are scant. In the end, I’d wait for the rest of Skylake to launch because while promising this all seems very premature on Intel’s part.

Are you sick and tired of all these comic book super heroes being made into competent movies by Hollywood? Do you wish for the days featuring hot video game properties like Mortal Kombat, Street Fighter or Doom?

You’re in luck because the next few years will see the likes of Warcraft, Uncharted and live action Halo make its way through Hollywood’s studios. Maybe — just maybe — some of these movies and shows will actually come out. 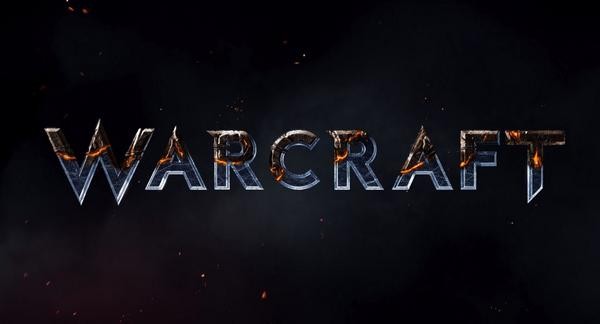 The Warcraft movie actually has a title card and a handful of props. No date or footage was revealed but this is progress, right?

The Uncharted doesn’t have a title card but this movie actually has a June, 10th 2016 release date set by Sony themselves. With no cast and filming slated for next year, who knows if they’ll actually make that date.

And finally, for something that may actually see the light of day, there’s Halo: Nightfall. This five part mini-series directed by Ridley Scott will debut in November 2014 and here’s a trailer for it.

To be fair, Halo isn’t a stranger to live action films (see Halo 4: Forward Unto Dawn)

Sony’s E3 presentation was chalk full of games but it was marred by a half hour’s worth of multimedia nonsense. Nintendo’s E3 Digital Direct thing was a tighter presentation and upon reflection, I think they may have had the best as well.

END_OF_DOCUMENT_TOKEN_TO_BE_REPLACED

I’ve watched a fair bit of what I assumed was early Dragon Age: Inquisition trailers and suddenly we have this latest trailer and an October 7, 2014 release date. I still have no idea how this new one plays. I also still have yet to finish either of the Dragon Age titles preceding it.

It looks appealing and I know it’s a departure from the previous titles but I still don’t know if I am willing to shell out “FutureShop E3” money for it.

That Frostbite 3 renders nice lookin’ dragons and on the plus side, this is a single player campaign and thus will be free of networking issues!