Microsoft held a hardware event today. I completely forgot about it and it looks like it was a doozy.

If I had to choose between Virtual Reality and Augmented Reality, put me in the Augmented Reality camp. Using technology to enhance our day to day lives is much more appealing to me which is why HoloLens is intriguing than the Oculus Rift to me.

Microsoft demonstrated wearable hologram technology with their “Project XRAY” game which was unlike interactions using the Wii Remote. It looks interesting but certainly not interesting enough to plop down $3000 for a HoloLens Development Kit.

Oh look! More Windows Phones. The highlight feature for these phones is the ability to dock the phone to a Microsoft Display Dock and use it like a lightweight PC with familiar Windows 10 interface.

It’s the Microsoft take on the Motrolla Atrix 4G. Who knows? Maybe Microsoft will be the ones that will make this idea stick.

The 13″ Retina MacBook Pro has new rival. The Surface Book is aimed squarely at Apple’s MacBook and it looks like it can take it to task. Microsoft is claiming their new machine doubles the performance of the 13″ rMBP but that’s not that difficult when you consider the fact that Surface Book has a dedicated GPU and the Intel’s Skylake processor. The Surface Book’s ability to detach the screen and use it like a tablet and the ability to use a pen is an attractive feature though.

As for build quality, I hope that it’s rock solid and precise considering the asking price starts at $1949.

With all that ind mind, I still have a few questions:

I look forward to AnandTech’s in-depth review on this.

Microsoft unveiled the Surface 3 today. It’s powered by Intel’s Atom line-up and features a $499 USD price tag which seems like a incredibly bad deal at first glance but I’m warming up to it.

And all of this comes with Surface’s trademark kickstand. It’s also compatible with their pens and keyboard covers.

I paid $750 CAD or so for a 64GB iPad Air 2 and I love it for media consumption and the occasional iOS game. At $599 USD for the 128GB model, this could be a very compelling product for that exact use case. The Surface 3 also has the added of advantage of running a real operating system that can run full blown applications like Office. It’s not as light and I’ll likely miss out on great iOS only experiences but if I wasn’t into mobile gaming and was looking for a tablet for light work and media consumption, I’d consider the Surface 3.

I’ve been running the Windows 10 Technical Preview builds on a work laptop. Normally I’d try this kind of thing at home but I hardly use my home PC for anything other than PC games.

If you’re curious, the laptop is an old Dell Latitude from 2008. I wish I could install an SSD in it but that’s the least of this laptop’s worries.

At a very high level, Windows 10 is a revised version of Windows 8.1. Anyone who spent time using Windows 8 will feel right at home. Anyone who rejected Windows 8 will notice this OS is Windows 7 with a funkier Start Menu. Windows 10 isn’t trying to force new concepts down people’s throats. It’s not hiding the Shutdown menu, the Start Menu button or the Search bar anymore; everything is visible and easy to understand.

There was serious identity problem Windows 8’s visual make up. The Modern apps and old applications often clashed with each other visually and philosophically. Modern Apps loved to occupy the entire screen and hide menus in Charms whereas classic Windows applications behaved like normal applications would. Windows 8.1 rectified some of those issues and Windows 10 completely fixes it.

Now Modern Apps behave like classic Windows applications with visible menus and resizable Windows. They continue to look a little awkward beside older applications but at least they behave the same. With menus returning to the forefront, the Charms bar on are dead on desktop. Now I’m wondering to myself how long before I stop running my mouse along the edge of the screen to shutdown my PC. Silly habits are still habits.

I like the idea of Cortana/Siri on the desktop. I don’t need to launch an app or have the weather constantly displayed. I like being able to ask digital assistants what the conversion is between USD and CAD and Fahrenheit and Celsius. It seems like a no brainer for Apple that I’m surprised Cortana may beat Siri to the desktop.

Since this is a work laptop, I haven’t been able to use Cortana beyond the rudimentary weather inquiries. I also don’t want to be that guy who’s talking to his laptop all day in cubicle city.

I wonder if Cortana will be more of a laptop or Surface centric feature because I don’t know many people who have a standalone mics on their desktops. This may change for Windows 10 desktop PCs though.

The latest addition to the Windows 10 Technical Preview is Microsoft’s take on the modern web browser codenamed Project Spartan.

It’s a standalone web browser with annotation capabilities. It also comes with a Reading Mode. I haven’t used it enough to formulate a real opinion outside of this simple observation:

The default tab and menu bars consume the most space compared to Internet Explorer 11 and Google Chrome 41 in maximized mode.

I hope there’s a way to adjust the icon and menu sizes in the final version.

Project Spartan is more of a work in progress than Windows 10 itself. There’s currently no way to change your default search engine or browse with Private Mode. Google’s websites don’t even recognize it properly and will frequently tell me to download a modern browser.

Apparently Microsoft are aiming for a summer launch and I can could certainly see the operating system meeting that deadline. Cortana seems ready for prime time but Project Spartan needs more time in the oven. Will it all make it for the summer launch? I think so. Microsoft have been releasing builds at a rapid pace with each build shoring up the operating system in noticeable ways.

I’ve been eying the Microsoft Surface Pro tablets from a while now. I’ve always wondered if it could truly replace my iPad and MacBook Air combination.

96% of people who own an iPad also own a laptop

Microsoft pointed out that fact today and it’s true. I own both but I don’t think everyone owns both for the exact same reason as me. I own a desktop, laptop and tablet. The desktop is for gaming, and Windows exclusive work. The MacBook Air is pretty much my general usage machine. I do everything from word processing, remote administration of my home server and even some light gaming. The iPad is for watching shows, listening to music, browsing and bite sized games.

I have all three in order to maximize their strengths. However, I believe most households these days have laptops as their central computing device and forgo the desktop. So it makes a whole lot of sense when you consider the fact that iPad owners also have laptops.

I can see myself enjoying the Surface 3 Pro (Core i5, 128GB) but I don’t see myself utilizing it as the laptop replacement that Microsoft says. The new flexible stand is nice but it will never replace the sturdiness of a laptop for me. And while the pen is great for taking notes, I cannot remember the last time I was yearning for pen input.

So why would I want a Surface Pro 3 when I’m not going to take advantage of the tablet’s greatest strengths? For curiosity’s sake. Unfortunately I don’t have a grand just to satisfy curiosity. 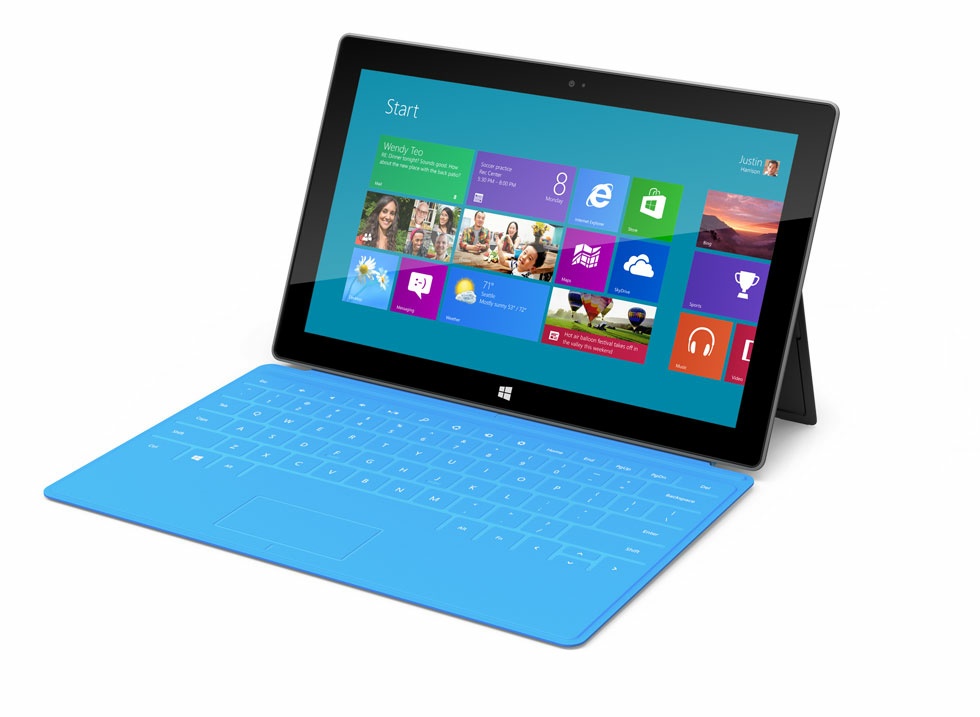