the last of us

Home » the last of us

The Last of Us: Part II released weeks ago, but I’m not repeating the same “mistake” that I made back in 2013 with The Last of Us; I’m waiting for the PlayStation 5 and its inevitable enhanced version. To pass the time, I decided to revisit The Last of Us via its PlayStation 4 remaster and finally play the Left Behind expansion.

7 years is a long time in games and despite the remastering effort and the PlayStation 4 Pro enhancements, this game shows its age. What was once a graphical powerhouse is now a dated, but respectable rendition on a PlayStation 3 classic. After consulting the experts at Digital Foundry, I played it with the 4K 60FPS mode.

While I didn’t have complaints with the performance or picture quality, I did find one glaring distraction; the reflections. It wasn’t the textures or animations that stood out to me, it was the reflections in puddles and other reflective surfaces which I found to be pristine to the point of distraction. It’s a silly thing to get hung up on, but when we’re deep in the hype cycle of a new generation of consoles and its ray traced reflections, it’s hard to ignore.

It was also difficult to ignore the bugs. Fire effects went missing a couple of times and Joel’s character model inexplicably warped randomly during a few transitions from cinematic to game. I’ve always had good luck with Naughty Dog’s games; they were near flawless experiences for me. With that in mind and the fact that remasters tend not to falter, experiencing an imperfect walk through memory lane was a bit of a downer.

The opening of the game is still one of the more powerful openers in video games. It sets the tone so well and continued to resonate in 2020. Playing this game during a pandemic was a bit cathartic. Things could be a whole lot worse and desperate for us; human stupidity can quickly transition to human cruelty and the latter is not something I want to experience first hand.

I replayed the game at the hard difficulty. It took a bit of time to get used to the flow of the game again. I had to convince myself not to take out everything in sight via stealth because it just wasn’t fun that way. The instant-death Clicker grabs were especially annoying until I allowed myself the use of guns, Molotovs, and other weapons. Active foraging and exploration ensured I had the tools to solve the combat scenarios, I placed my trust in the game to not screw me over. As long as I wasn’t too liberal with my use of those tools, I made it through with plenty of resources at my disposal.

Revisiting The Last of Us was just as impactful as my initial play through — I would even say it was more impactful the second time around. I disagreed with Joel’s decision the first time, but I really developed a disdain for him leading up to that selfish act in the end. On the flip side, I grew to like Ellie more after playing the Left Behind DLC where I got to see how life was for a teenager who was born into life in the quarantine zone.

Bugs and dated aspects aside, I found that The Last of Us Remastered held up in 2020. There have been refinements in game developments since its debut in 2013, but its core qualities still resonate today. I’m ready for The Last of Us: Part II. I’m ready to see what happens with Ellie and Joel. I’m curious if she discovers the truth and what she does with that knowledge. I’m ready for the inevitable departure of Joel and I’m ready to discover what the bottom pit of humanity looks like.

We’re in the middle of “Remastered” fever. Here are just a handful of Remasters that are heading to the PlayStation 4 and Xbox One.

And now for notable ones that were just released:

We’re no stranger to HD collections and Remasters; many of us welcomed them during the PlayStation 3 and Xbox 360 era. But seeing these Remasters pop up so quickly this early in the new console generation is a bit concerning. Buying new $400 consoles to play better running versions of games that you may have played in the last couple of years isn’t an attractive proposition.

On the flip side, these HD remasters allow developers to quickly familiarize themselves with the latest console hardware without having to worry about designing a game. They already know how the game should play, they just need to worry about the technical side of things.

I’ve pre-ordered Grand Theft Auto V because I haven’t played it yet. I intend to pick up The Last of Us: Remastered to play the single player DLC and Metro: Redux to play Last Light but I’ll pick those up once they hit the $30 or $20 price range.

It’s been a tough week of listlessness but I’m coming out of this funk with the aid of Battlefield 4 multiplayer, a bit of Mario Kart 8 and mobile stuff. I’m still working through Layton & The Miracle Mask and revisiting Plants vs Zombies 2 to do dailies.

But my go to thing to distract me is watching GiantBomb content. I’ve gone back and watched old Unprofessional Fridays, Quick Looks and other GiantBomb content that I missed the first time around. It’s been immensely helpful and entertaining. 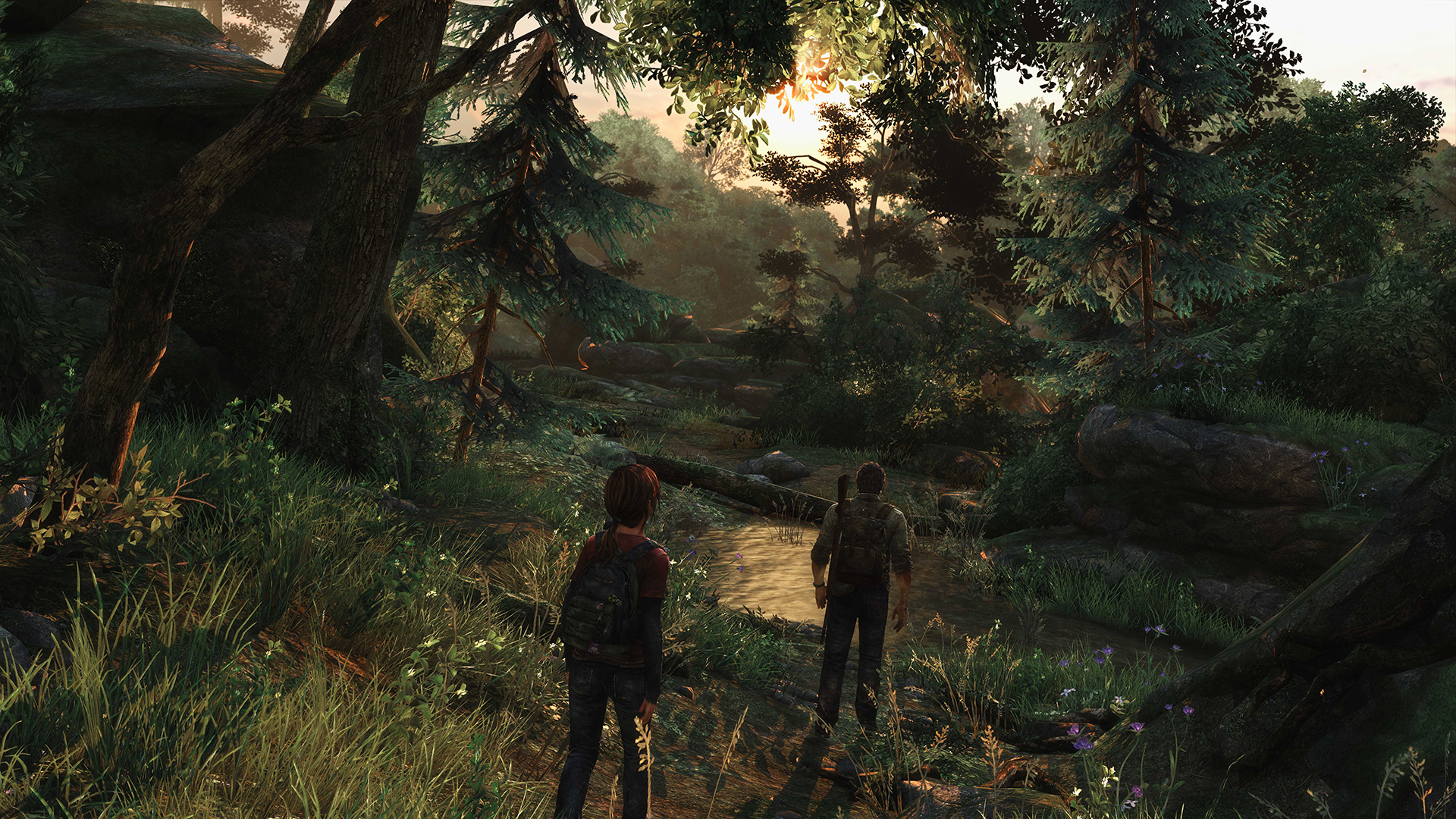 In the perfect world, every PlayStation 4 and Xbox One title will run at 1080p60. Unfortunately that’s not the case. Many games debuted at 1080p resolution for the PlayStation 4 but run at 30 frames per second. Developers who favor visual fidelity over responsiveness tend to run at lower framerates which is fine. Not every title needs to run at 60 FPS but I’m glad to see developers like Naughty Dog try to achieve 1080p60 and recognize the benefits of clear picture and fast framerate.

“It was a toss-up before; people were saying that you lose quality and graphics and what not,” Gregory said when asked why Naughty Dog feels that it’s such an important component for the game. “But being able to compare apples to apples like we have now with The Last of Us, going back and playing the 30 Hz version feels, to quote some people in the office, ‘broken.’ There’s something that can’t be captured in screenshots and playing an adventure game where you just walk around and experience the world at the smooth 60 Hz.

I hope more developers get on board with this and stay with it. Some of the most popular and top selling games run at 60FPS including Call of Duty, Gran Turismo and the Mario games. It just feels right and will likely hold up better in the long run. 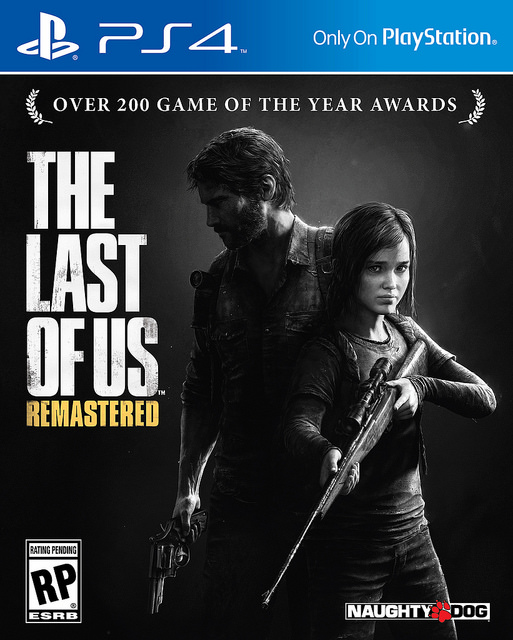 It was rumored, accidentally announced, mistakenly posted and now confirmed. The Last of Us will be “Remastered” for the PlayStation 4 and it will be available some time this summer.

The PlayStation 3 release wasn’t a complete eye sore but it did have rough patches. Some of those textures were a bit too muddy and the framerate took noticeable dives in many spots but it was playable and visually impressive for a PlayStation 3 title.

Naughty Dog is looking to remaster The Last of Us with bump up to 1080p and they’re “targeting” 60 FPS. It will also include developer commentary and all the downloadable content released thus far including “Left Behind.

After the confirmation, I traded in my PlayStation 3 copy for $15. It’s not the highest value in its history but I figured it was going to plummet after today’s announcement.