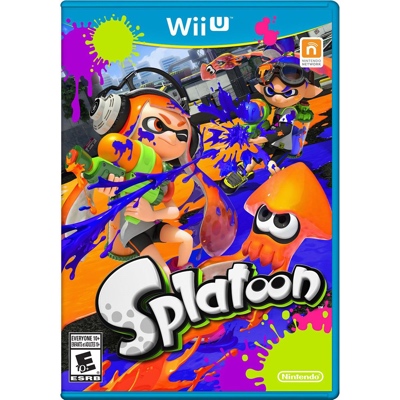 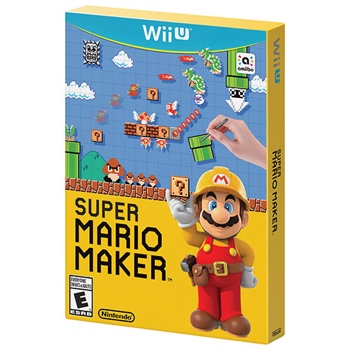 The Witcher 3: Wild Hunt was dense. CD Projekt RED filled their game to the brim with content, so much so that I don’t believe anyone will ever complain about cut content. There’s just so much to see and experience in Temeria. Listing the number of quests, storylines, characters, monster hunts and other side activities would be a disservice; The Witcher 3 was more than the sum of its parts.

Every little point of interest or quest filled in a tiny piece of the mystique and story of The Witcher 3. It was all world building and I loved it. Sure, destroying monster nests didn’t necessarily add a lot to world but they told the origins of some of the world’s creatures and how their existence dictated where villagers settled. I was pleased they weren’t haphazardly strewn across the landscape in an effort to give players something to knock off their checklist. They were placed in an effort to share some insight with the player.

The developers continued to surprise me even after a hundred hours of exploration and questing. What I thought was just a monster nest on a tiny island was also the location of buried treasure that was either unearthed by the dead dwarf several feet away or perhaps he was in the midst of burying it? I wasn’t sure but I loved that they managed to communicate a little story with just placement of assets. The world was filled with little nuggets like this.

The stories told through conversations, letters and other overt means were grave, saddening, informative and — most importantly — grounded. This was a world where magic, hexes and other supernatural elements were treated like a science. This isn’t new to me but after two games and a hundred hours of play in this game, I was pleased that they still managed to surprise, horrify and amaze me with their tales.

They were familiar human stories told with the context of The Witcher world and that’s exactly what fans of the series like myself hoped for. I worried larger areas of exploration would dilute the experience with filler but that wasn’t the case at all. CD Projekt RED managed to deliver both quantity and quality.

Political assassinations, hauntings, missing persons, racial tensions, murder mysteries and plain old monster slayings were just some of the adventures Geralt of Rivia and I found ourselves in during our off time. Our main quest was actually to find where Geralt’s adopted daughter, Ciri, was. The pre-release marketing may have framed it as a search for Geralt’s long lost lover, Yennefer, but that search was resolved before Geralt and I found our footing in the world.

The globe trotting main quest was straightforward and meandering but I found myself using it like a tour bus. I would get on the main quest, move to the next location, get off soak up all the side quests and move onto the next story beat. By the time the final act rolled in, I had a firm grasp on the goings on in the game and was able to focus on the main story thread. I think my approach to the story complimented CD Projekt RED’s really well, so I was left satisfied. I even contemplated jumping right back in with their Hearts of Stone expansion.

What they couldn’t nail was the actual playing of the game. It’s an improvement over The Witcher 2: Enhanced Edition in nearly every department but it still falls short to the standards of other action RPGs out there. Geralt felt like he was disconnected from the world during combat; his actions barely had any inkling of weight or substance. Conversely, navigating around the world took a bit of time to grasp because there was a momentum to his movement that felt jarring and unnecessary. Thankfully they introduced a patch in July that introduced a more responsive movement option. It was liberating.

I didn’t expect The Witcher 3: Wild Hunt to perform this poorly on the PlayStation 4. I was hoping for a game that maintained 30 FPS with occasional dips when things got hairy. The reality was a game that runs at 1080p and shied away from the 30FPS at nearly every opportunity. When it rained? Framerate plummetted. When rode through the swamps? Framerate plummets. When I visited Novigrad? Same deal. After reading about how The Witcher 2: Enhanced Edition managed to keep close its 30FPS framerate target, this console outing was a massive disappointment. And yet I tolerated the sluggish performance and pushed through because the allure of something new on the horizon was just too tempting.

But then over the course of the summer, I heard rumblings of CD Projekt RED working on massive patches to address their laundry list of issues. With that possibility in mind, I placed the game on hold at around the 60% mark. I played and finished other titles while keeping tabs on the post-release support from CD Projekt RED. Then as I wrapped up Metal Gear Solid 5, the big 1.10 patch landed and it was a revelation. This was what the game should have shipped with.

After a two month lay off, I expected it to be tough to reintegrate with The Witcher 3 but that wasn’t the case. I fell right back into my love of Gwent, the alchemy and crafting, the exploring and the main story arch. It was actually my love of Gwent and its background tracks that hastened the entire process. The loading screen recaps reminded me where I left off and the loose and straightforward nature of the main story thread meant I wasn’t forgetting any crucial details.
Apparently I received the “bad ending” (or “the worst ending” according to some) but as I was watching the outcome of my decisions unfold, I felt satisfied. It wasn’t the happiest of endings but this wasn’t the happiest of worlds which made it all work. And that’s how I ultimately feel about The Witcher 3, it has its issues but the end result is a journey and experience that few developers attempt let alone reach. It has its issues that no foreseeable patch can address but when a developer pours so much quality into a single game and continues to support it many months after release, I can not only forgive them but also applaud them.

I actually ordered this nearly 3 weeks ago and had my doubts that Amazon.ca would honor their snafu but to my surprise it arrived. After a couple of days of using it, here are some rapid fire observations

I would also like to note how long it took to perform a wireless transfer from my old 3DS XL. I watched three and a half quarters of Thursday Night Football before the transfer completed. Fortunately, Pikmin were on screen making light of the excruciatingly long transfer process.

I still have more to test out including the C-Stick and the additional shoulder buttons but all I’ve done was play Theatrhythm. I have Xenoblade Chronicles but I’m not quite ready to check it out yet.

I’m almost done with The Witcher 3: Wild Hunt. I can see the final confrontation in the distance but I just have to wrap up some story threads before embarking on it. Next, it will be Halo 5 with Call of Duty: Black Ops III not far behind.

I don’t believe I’ve ever used an walkthrough for a new game as frequently as I do with The Witcher 3: Wild Hunt. I’m not looking up quest solutions because I can’t figure out what to do, I’m looking up quest solutions just in case things are bugged and I am wasting my time. Unfortunately, most of those checks turned out to be negative and I just missed an obvious clue but the two times I verified bugs were keeping me from completion planted the seeds of doubt in my mind. It’s an unfortunate annoyance that continues to plague this game so many months after launch.

However, I still enjoy it and will continue to drive to the game’s conclusion. I guess you can say it’s a testament to the game’s quality that I am able to forgive all these little issues.

The Witcher 3 is my sole focus at the moment but I don’t know if I will be able to wrap it up before Halo 5: Guardians arrives. The Master Chief’s latest adventure will give me another reason to use my Xbox One for more than watching Blu-rays.

Oh and I stopped playing Mario Maker but not because I don’t like it, it’s just that I feel like it’s one of those titles that will always be there.