Do you like Tetris Attack? Do you like hack n’ slash platformers? If you answer “yes” to only one of them, you should reconsider Henry Hatsworth in the Puzzling Adventure because it sports both. This fusion of genres works wonderfully and credit to the EA Tiburon guys for bringing this unique concept to fruition. But as much as I enjoyed it, I wished it was a tad more concise.

I don’t think I could forget the feeling of the first few levels of Hatsworth. First of all, it looks like the SNES platformers of old and I mean that in the most sincere way possible. Then I slew my first enemy with an air combo and was wowed by the fact that an old man just used his cane to kick some serious butt. But I had to be careful because all the enemies defeated were sent to the bottom screen and filling up the puzzle area.

Switching between the puzzle and action modes of the game was a button press away. Reasons for switching to the puzzle mode extended beyond simple clearing of enemies. I could increase the damage of Mr. Hatsworth’s projectiles, fill in missing blocks for him to jump on and charte up an energy bar so he could summon a giant golden robot. 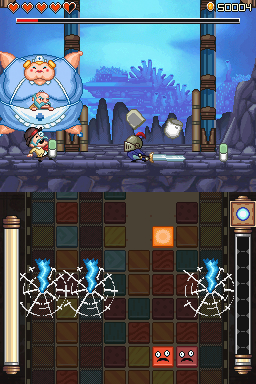 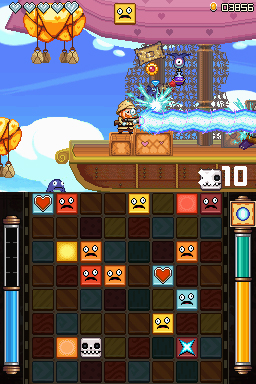 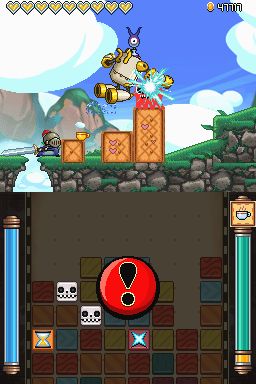 There’s a story to tie all these ridiculous elements together, but I didn’t pay too much attention to it. I was too busy clearing puzzles and kicking ass with a rocket fist launching giant robot – yeah it can do that too. At this point, I thought this game was the shit. It was surprising me at every turn and I was having a great time with it. But then the magic was gone.

Somewhere along the way, the novelty wore off and Hatsworth’s reliance on “kill rooms” began to bore me. The demands of upgrading Hatsworth’s abilities became increasingly daunting and the same could be said about the difficulty. I’m not against a challenge, but I am against cheap deaths which can only be avoided through the grind of trial and error.

Completing Henry Hatsworth felt extremely gratifying, but not because I was treated to some of the finest examples of gaming. I was relishing in the fact that I was able to overcome its cruelty. Whilst the game opened on a brilliant note, I feel the need to warn people of its treachery as they wander deeper into this puzzling adventure.

Verdict:
Worth A Try