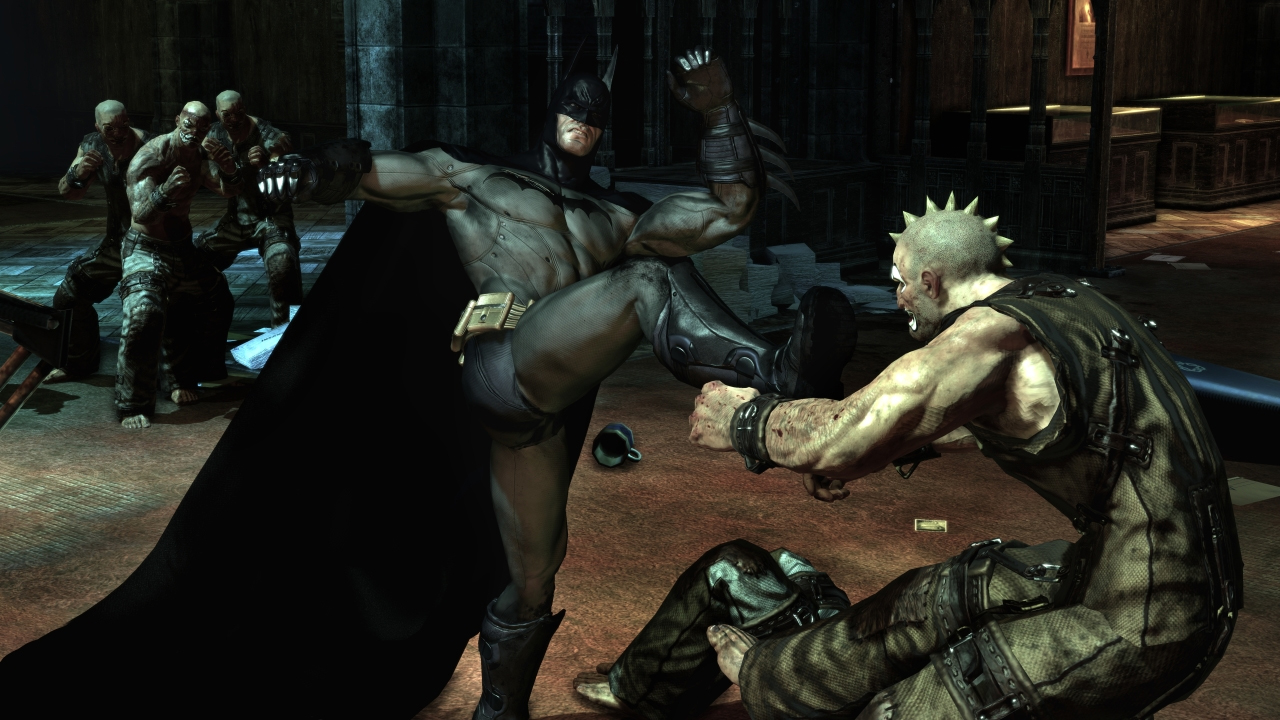 If there was a game out there which embodies the spirit of Batman more than Arkham Asylum, I haven’t played it. (In fact, I’ve never played any game featuring the Caped Crusader, but that’s besides the point.) The PlayStation 3 demo for Arkham Asylum hit the PlayStation Network store this evening and it took me completely by surprise. A lot of effort and love for Batman was showcased through this 1.1 GB demo making it one hell out of a demo.

That trademark Unreal Engine 3.0’s “look” is in full effect with its stocky looking men and glistening surfaces. However, it’s not a knock against Arkham Asylum because it actually fits the mood. What is truly amazing was how they managed to model an attractive female using this engine — of course I’m talking about Harley Quinn.

Along with Batman, the demo featured The Joker, Harley Quinn and Commissioner Gordon. The Joker and Ms Quinn were excellent recreations. Commissioner Gordon looked like he spent his life in the gym. And as for Batman? He reminded me of Bruce Willis — I accepted it and I’m sure many people will too. I’m also certain that people will accept the voice work. The voice actors from “The Animated Series” returned to reprise their roles. I love Mark Hamill’s Joker; it’s absolutely insane.

From combat to presentation, Arkham Asylum was slick, smooth and detailed. Batman taking out a trio of thugs felt real. He wasn’t moving with ninja-like speed, but with the precision and strength of a man who knows his hand-to-hand combat. It’s satisfying to watch albeit easy to pull off. The same easy one button execution also applies to his signature Bat moves ranging from hanging upside down to swooping down and knocking out unsuspecting foes. I’m hoping it’s just the demo and that more challenging combat will be waiting in the retail release.

This Batman: Arkham Asylum demo sits along side BioShock as one of the few demos which actually does the game a service. It’s incredibly well made, it makes great use of the source material and it’s releasing well before the holiday rush. What more can you ask for? Okay lots, but if you’re looking for the best Batman game to date; give this one serious consideration. I certainly will.