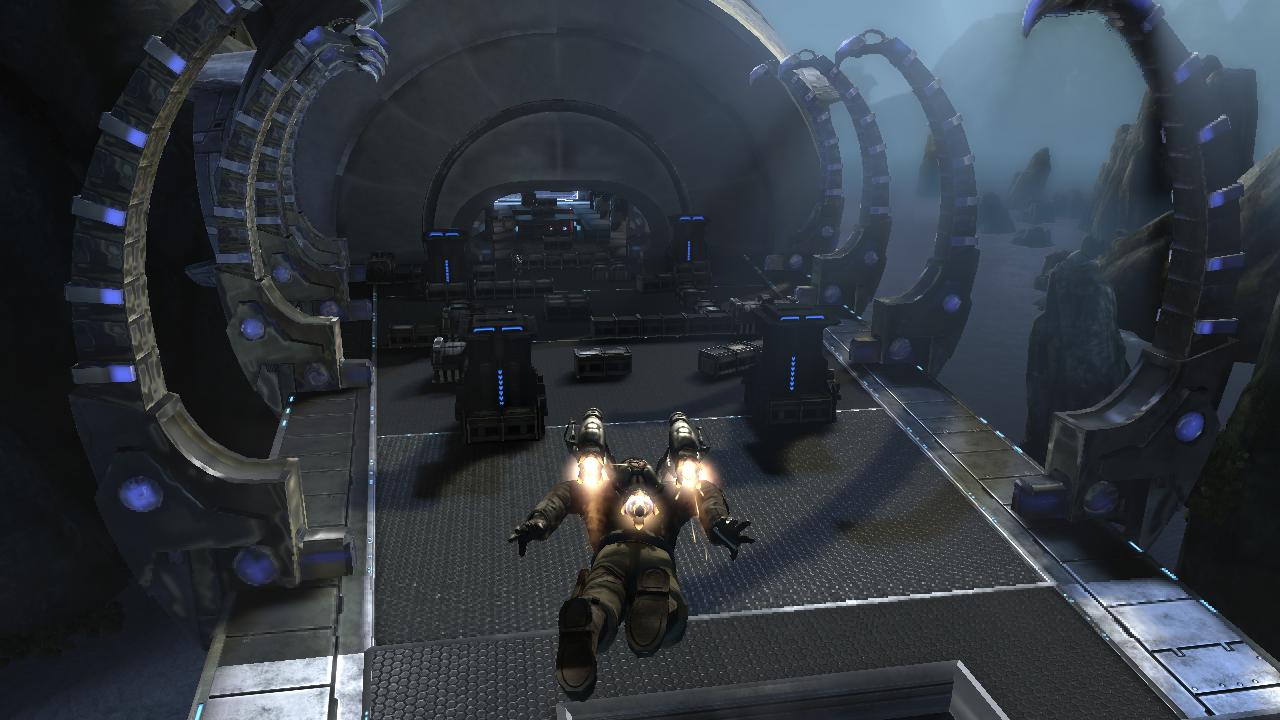 What do I know about Dark Void? Let’s see.

And that’s about it. Needless to say, I don’t know very much about it. It was interesting enough to warrant a download of the 700MB demo and after going through it, I can see why Capcom isn’t too fond of the idea of having western studios develop new franchises for them.

I found many things about Dark Void to be incredibly distracting. The core flying was fine — I’d even say it is exhilarating — but there were so many little design decisions which drew my attention away. First and foremost is the protagonist. He’s essentially Nathan Drake or a crude clone of him. Nolan North is an incredibly talented voice actor as evidenced by his excellent work in Uncharted franchise. But for some odd reason, developers keep casting him in the role of “generic dark haired dude”. The guy has range and Ratchet & Clank: A Crack in Time proves that. (He voiced Sigmund).

While that was a bit distracting at first, I pushed it aside and began flying around shooting things and going through the “tutorial”. I found the controls responsive enough and thus far the game looked fine with minor screen tears here and there. It was all fine and dandy until I encountered robots which resembled the Geth from Mass Effect. While that was a peculiar design decision, I was able to let it slide. What I couldn’t understand was their decision to change up the tried and true button arrangements for cover. Why did it have to be on the square button? It’s not a game breaker, but it was a bit distracting having to adjust to a seemingly needless change.

After disposing of the robots, the demo wrapped up with a boss tease. I imagine I’d have to fly around and shoot at weak points to take him down. I’ll never know for sure because I won’t be picking this up. Dark Void‘s greatest strength is the flying and while I thought that was well crafted, it was the only unique thing about it. Everything else was either a poor copy off a superior product or a needless alteration. That’s how I felt about it anyway. I’d recommend folks check out the demo for themselves and let me know. At the very least, you could experience some of the best flying sensations in a video game.