Square Enix tried hard to define what a modern Final Fantasy game should be. They had their own definition and if your’s didn’t align with their’s, you may not be so receptive of Final Fantasy XIII. Fortunately for them, our definitions were very similar.

The worries about the lack of towns — where I can frolic and converse with townsfolk with — would have been an area of concern if Square Enix created worthwhile characters to converse with in the past. I treated their towns like a dungeon which housed walking treasure chests. I walk up to them press the X button a few times and hope for some morsel of valuable info — most of the time it was useless junk like that 100 HP potion I’d never use.

My point is that I didn’t miss what was not worth missing and it looked like Square Enix realized that as well. What I look for in a Final Fantasy game is simple:

Anything else added on-top of those three is gravy.

The Paradigm battle system is my favorite battle system of any role playing game — Japanese or otherwise. It takes the planning strategies aspect of FFXII’s Gambit System, streamlines it and marries it with the classic Active Time Battle system. I love how it’s not about pressing “Fight” or casting “Cure” anymore; it was boiled down to watching for enemy tells, assessing my party’s well being and switching Paradigms (role sets) as necessary. It’s no longer about grinding out levels to overcome the enemy. More often than not, failure meant I had to adjust my approach to battles. Perhaps I should bring a “Sentinel” to “Provoke” and draw the enemy’s attention or perhaps I should be assigning more damage dealing “Ravagers” to a Paradigm and use that instead. 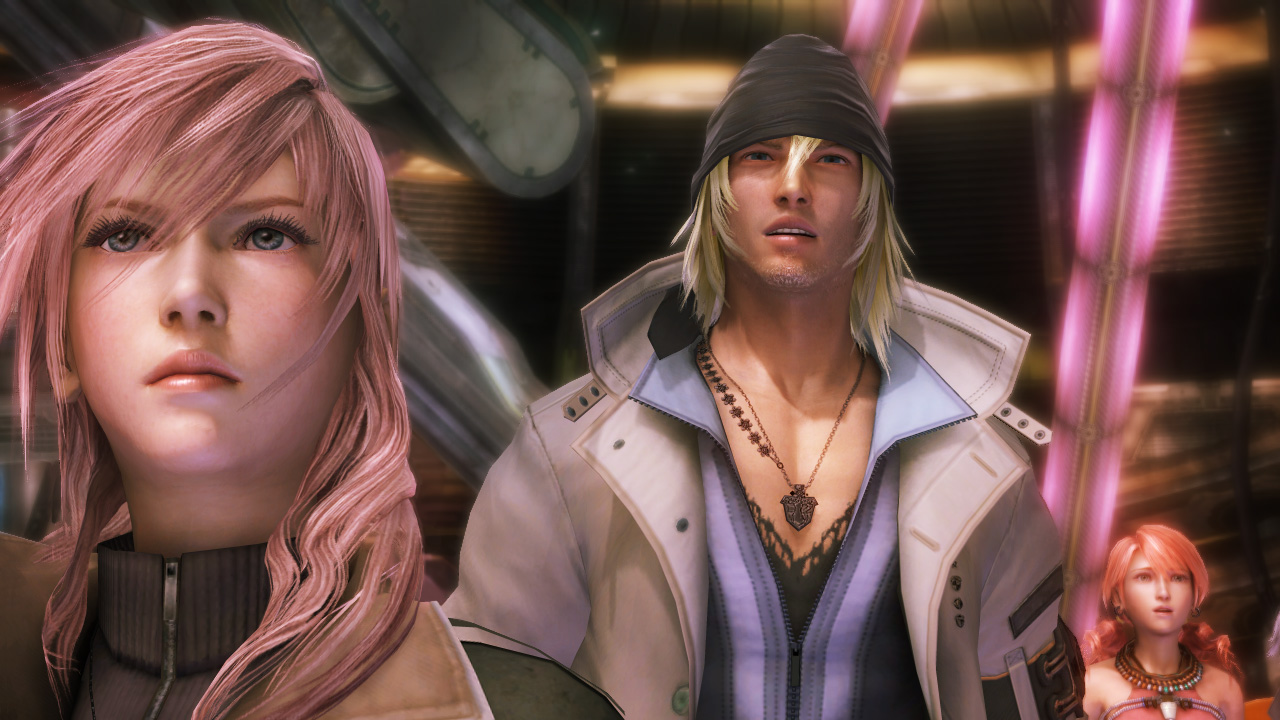 The deemphasis on stats may be a disappointment to some, but I loved not having to worry about MP or losing progress after a failed fight attempt. Instead of allotted MP values, spells and skills were given time values. The more powerful the action, the more time it takes to cast. And since I’m free to try things out without the fear of losing, I can work on “perfecting” a battle. I can retry any battle and go all out without having to worry about not having enough health for the next battle in the area.

Doing well in battle didn’t affect the amount of Crystarium Points (FFXIII’s experience points) I received from battle, but it did enable better chances for quality loot drops. Fortunately, I didn’t even need to care about the loot since equipment played such a minor role on the main story thread. They even capped the amount of CP I could obtain in a “Chapter” which goes to show how little value these old RPG traits played in Final Fantasy XIII.

I agree that Square Enix could have cut back on the “tutorials”. They didn’t bother me so much since I voluntarily skipped them and experimented on my own. In fact, the slower moving early chapters was where I focused more on the world itself. Cocoon, Pulse, Fal’Cie, L’Cie and all that noise was a bit of a pleasure to decipher, I must admit. A lot of it was unearthed through the game’s “Codex” pages which left it more open to the imagination. I felt that there was a whole lot more going on in the world aside from the antics of annoying characters. 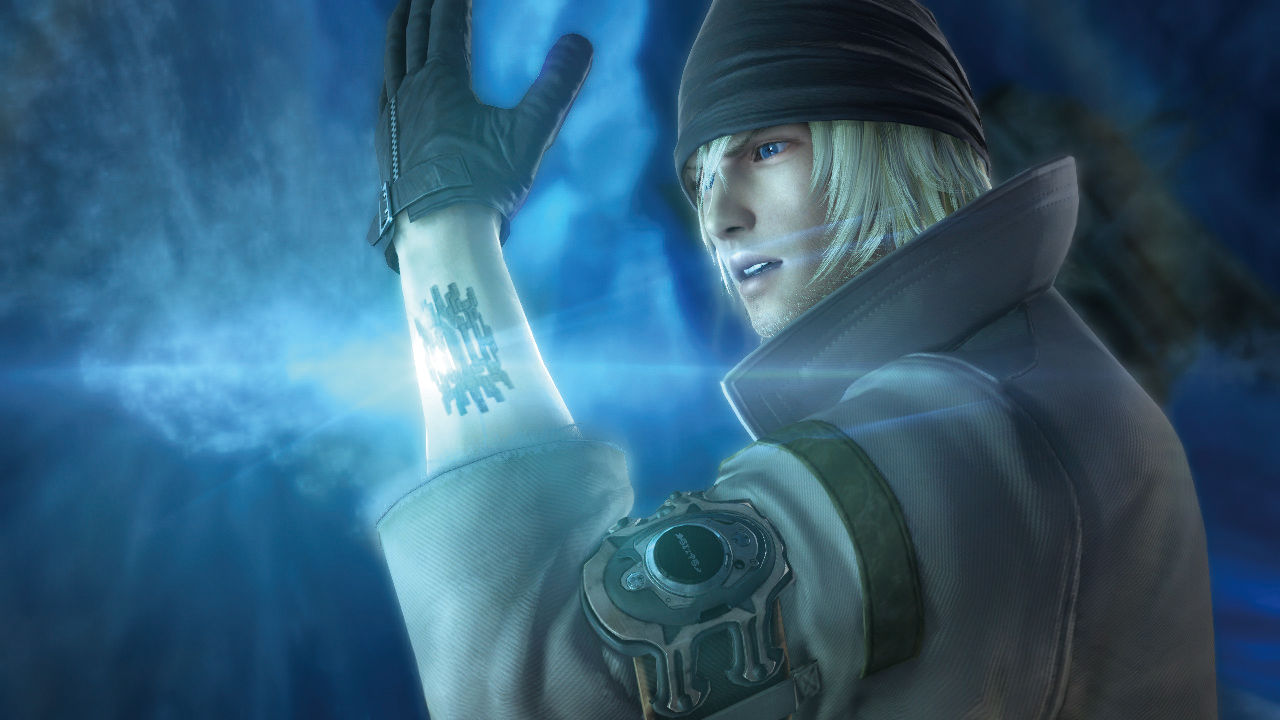 I don’t usually hate characters in games, but I hated Vanille. Everything from her voice to her mannerisms irked me. Others like the whiny Hope and obnoxious Snow grew out of their initial molds, but not Vanille. She remained an irritating member of my party from beginning to end. And although I didn’t care much about Lightning or Snow’s desire to rescue Serah, I did have a bit of a soft spot for Sazh and his plight. As for the cover girl, Lightning? I liked her a lot. Her tough and abusive nature towards Snow was something I appreciated. However, if we’re picking favorites, Fang wins. She had an air of mystery to her with that unorthodox L’Cie brand, those scars on her arms and the way they introduced her into the game.

The prime motivation for completing the game were between wanting to know what was going on in this crazy Fal’Cie/L’Cie world and the desire to see more pretty locales. This game is an absolute stunner of a game. I was a fan of the entire ensemble from character and enemy designs to the picture perfect backdrops. If you’re a fan of pretty RPGs, Final Fantasy XIII takes home the crown. I can peg very few complaints against the visuals. In fact, I wished they used the in-game engine to render all of cinematics because some of those CG renders were eerie looking; a bit too realistic for the character style. And I guess the lack of detail in the character extremities is a bit of a distraction in close up shots, but you shouldn’t be focusing on them anyway.

Despite appearances, any resemblance of the Final Fantasy of old is buried within this game. It’s eleven chapters deep and there if I wanted it. Instead of sprinkling it across the entire game, Square Enix decided to make all the loot gathering, equipment crafting and grinding in one big open playground for people to consume at their leisure. They clearly wanted people to get through this Final Fantasy without the distractions of the previous installments.

I found that approach to be fine. The result was a well paced game filled of challenging encounters — I think this may be in my top five Final Fantasy games for the battle system alone. I just wanted to get through each battle as efficiently as possible and get that glittering five star rating after every battle; it’s kind of addicting. The surface level narrative was passable and the cast of characters elicited  range of emotions — even if it was just annoyance, hatred and empathy. I invested 55 hours into Final Fantasy XIII and I’m still not entirely done with it. I still want to go back and finish up the remaining content.

That should be some indication of its quality.