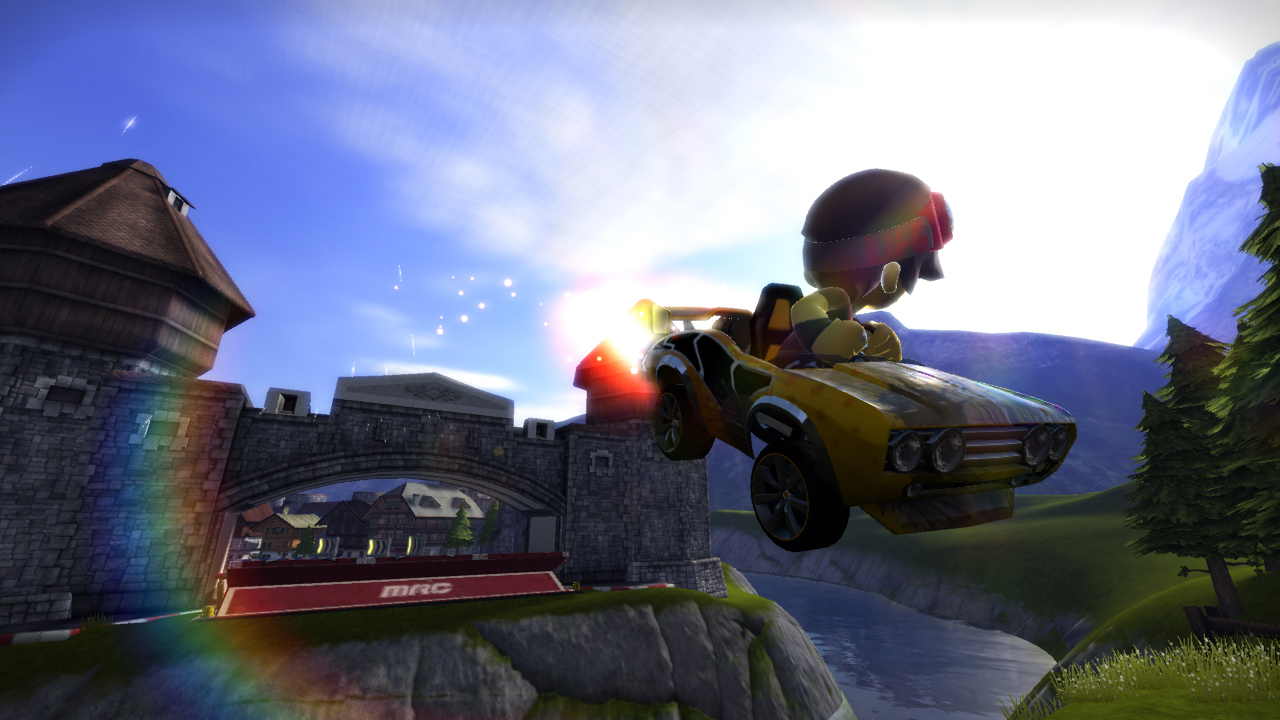 My exposure to ModNation Racers can be summarized into these two items:

And it looks like that’s all I really needed to know to get the gist of what ModNation Racers is all about.

People have described it as kart racing meets the “Play. Create. Share. genre” popularized by LittleBigPlanet and I think it’s a fairly accurate description. Today’s 900+ MB demo demonstrated two of the three pillars quite well.

The character customization is surprisingly deep and easy to use. I’d go as far as saying that they should have made ModNation Racers characters the PlayStation Home avatars since they’re far more lively and easy to customize than those mannequins. The car customization was equally impressive, rivaling that of Forza Motorsport 3’s from a high level standpoint. The canvas (karts) are so much smaller, but it looks like you can do a lot of livery stuff with it.

The most impressive aspect of the creation system was the track editor. Real time track creation and testing is damn awesome. Not everyone can create a functional and fun level with LittleBigPlanet, but I think anyone out there can make a kart track. I went in and tweaked the time of day, water level and threw in a giant spire in the middle of the track within 5 minutes. Very impressed with all of that.

The actual “Play” aspect of ModNation Racers was a bit of a let down. I was a bit mdisappointed by the framerate. It was smooth and probably 30 frames per second, but it just didn’t feel right initially. I’m sure if I spent more time with it, I’d get used to it though. Aside from that, I had no complaints with the kart racing. Drafting, drifting, aerial tricks and attacking enemies fed a boost meter as I raced around a track. It wasn’t very exhilarating with A.I. opponents, but that could have been attributed to the simple track they included within the demo.

The “Share” aspect of ModNation Racers wasn’t included, but there was a message proclaiming their intentions to import the demo created tracks into the full game. That’s a very good sign. I hope their system of displaying and promoting user created content is better than LittleBigPlanet’s. LBP’s was cute, but not very useful.

I’m not picking up ModNation Racers any time soon, but not because not for quality reasons. Like I said, I was very impressed by the creation tools, but I’m simply not a big kart racing fan. Still, I’m very pleased to see this whole “Play. Create. Share.” genre propagate.