Capcom and Namco Bandai announced three fighting games yesterday, but before I express my concern over this, let’s take a look at what each of them are.

This 2-D fighter will feature both Tekken and Street Fighter characters and will be powered by the Street Fighter IV engine. They’ve already put together some in-engine footage of this and it was shown at ComicCon 2010. It will feature the tag system from “Tekken Tag”

This will be a 3-D fighter will feature fighters from both franchises and will have a play style similar to the Tekken series. No other details were divulged for this title.

It was announced by Yoshinori Ono in a ComicCon 2010 panel. It’s still far in the future, but he does fully intend to add new content. Does that mean new characters or rebalances? Only time will tell.

Those were the three titles that were announced. Forget the clashing nature of these two franchises (focused hand-to-hand combat vs special move throwing), just focus on the number of titles which are coming out. I can’t imagine the fighting game market being big enough to support all these titles. So, I’m afraid Capcom may be over saturating with all their fighters alone. Just look at this list from recent memory and announced:

Six titles which are now in the collective minds of fighting game fans now. And that’s six from a single developer/publisher.

Now if you include upcoming releases from other companies:

That’s fighting game overload if you ask me. It’s true that Capcom fighting game fans have just enough to look forward to, but fans of the genre as a whole will most likely pick up a title and then toss it aside for the next one a few months afterwards — just like first person shooter crowd. That’s not something that builds communities and tournament play though. I doubt Capcom games will be tossed aside that quickly, but I don’t know about the smaller franchises like BlazBlue and King of Fighters XIII. So if you’re not a fan Capcom heavy EVO2K tournaments, you may continue to be disappointed for years to come.

Well, those are my concerns. I’m a fan of Capcom fighters so I’m most excited for the SFxT side of this cross over. I don’t know if I’ll pick it up, but it’s always fun to see mix ups like this.

For those of you who wish to see some of the “not so glamorous” stills of that cammed YouTube SFxT gameplay video, I’ve posted them below. 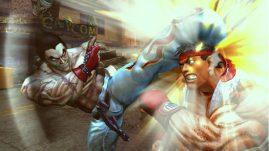 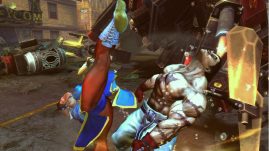 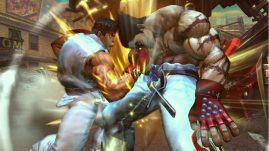 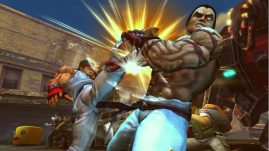 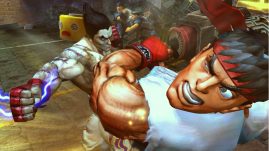 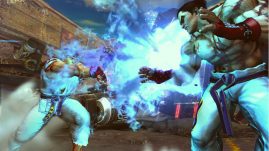 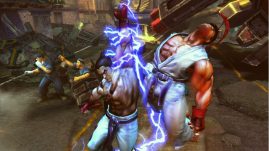 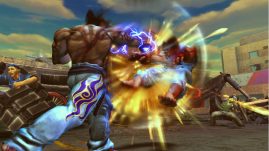 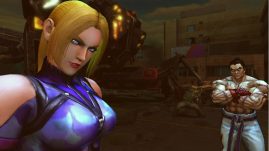 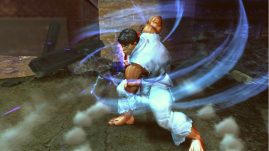 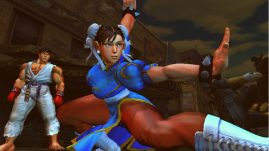 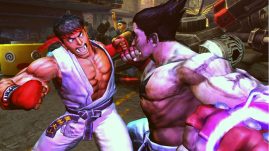 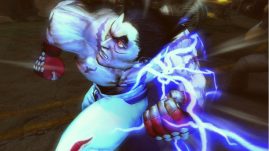 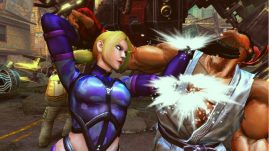 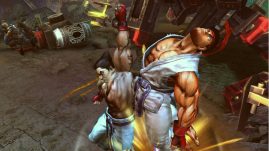 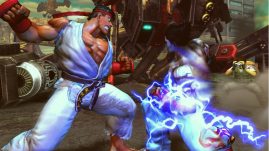 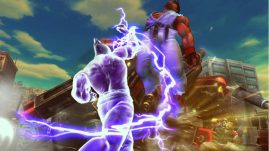 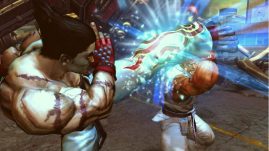