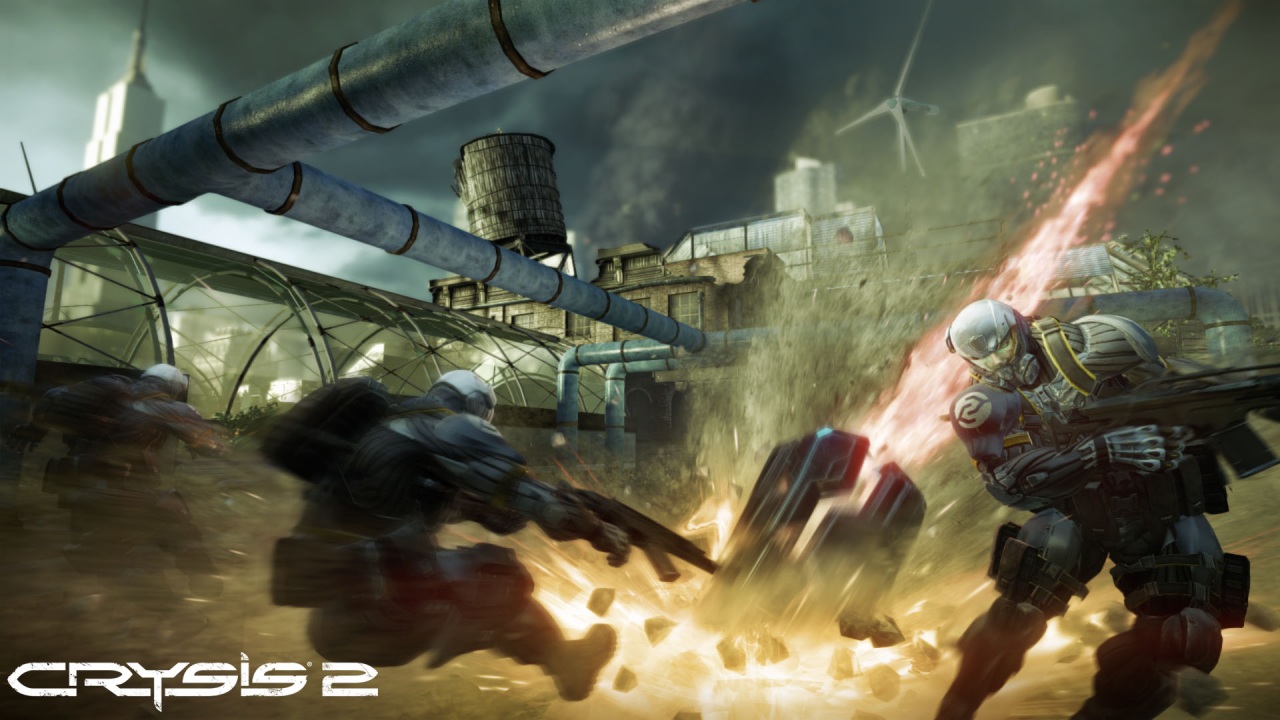 The first Crysis wasn’t known for its multiplayer, but it was known for its graphics! The PC demo debuted several weeks ago, but I wanted to wait for the PlayStation 3 version in order to write up impressions of both.

Let’s start with the PC version which was met with much criticism for its lack of graphical options and pizazz. Fortunately, I didn’t care for any of that stuff. I just ran it at 1680×1050 on “Advanced” aka “Medium” quality and was off to the races. My rig managed to muster around 40 FPS which was great! The game didn’t look nearly as sharp or detailed as the first Crysis, but the important thing was that it ran well and looked good enough.

I quickly discovered that playing with mouse and keyboard was a bit cumbersome. I tried remapping the key suit power buttons, armor and stealth, but I couldn’t find a comfortable layout. Making matters worse, the mouse acceleration was awkward and I found myself all over the place with my shots.

Then I decided to bust out the Xbox 360 controller and try my luck with it. I fared surprisingly well, but most importantly, I was comfortable playing the game. The suit powers were in my reach, movement felt natural and aiming was a lot more manageable thanks to the aim assist.

But it wasn’t like aim assist was crucial in this game because my success did not stem from the fact that I was winning face to face battles (I often lost). The fact of the matter was that I was outmaneuvering, outflanking and outwitting my opponents.

The game played like any of the recent Call of Duty games with tweaks to rule set. For example, I had to collect the dog tags of people in order to accumulate enough “kills” for this game’s equivalent to “killstreak rewards”. And of course, the suit powers played a huge part in the game dynamic allowing me to super jump onto roof tops, turn nearly invisible with the cloaking ability and absorb additional damage with armor mode. The only noticeable absence from the original Crysis was the super speed running ability. In this game, regular sprinting was considered “maximum speed”. Oh and he also threw grenades like a little girl.

However, what I found most disappointing was the framerate which dipped below 30 FPS often. At least Killzone 3 looks great when its framerate plunges below that threshold. It makes me wonder how and why they did so much gloating about platform parity in the first place.

So where does this leave me? It’s obvious that the PC version will be the one to get, but I don’t know if I want to get it on day one. I have a feeling this game will drop in price rather quickly. PC gamers aren’t pleased with how Crytek handled the technical aspects of the game, and console players aren’t going to give up a Black Ops running at 60 FPS for something resembling Call of Duty at half the framerate.

I guess this explains why the PlayStation 3 demo was so late.