I haven’t even confirmed the purchase of an iPad case and I’m already looking at another accessory: a stand.

Whilst in the home, my iPad will be as nude as they day it was removed from its white box shaped womb. I haven’t encountered any hazards in the home that would warrant a case.

So what to do about the whole “propping up” role my case was going to cover?

At first I was considering this Elago P2 aluminum stand: 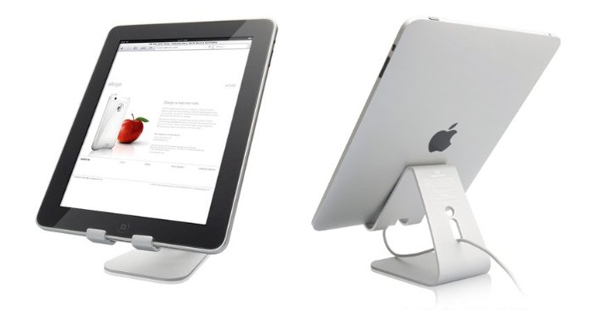 It looks like something Jobs would have approved. Very slick and elegant, but also very restrictive. It sits at a fixed angle and serves the role of a display stand more than a functional one.

Then I searched some more on iLounge (which is an excellent resource for this kind of thing) and discovered the Belkin Flipblade Adjust: 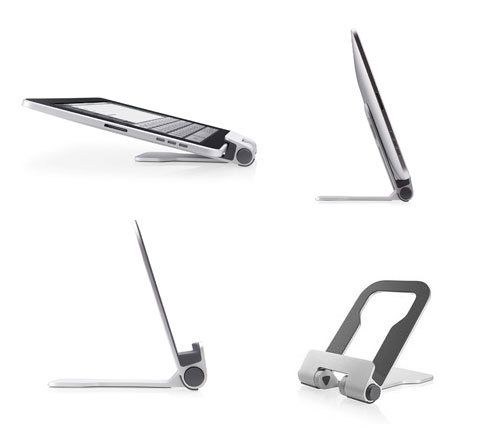 It’s elegant, but in a more functional respect. It’s still made out of aluminium, but it also features padded contact points to prevent scratches on the tablet. It’s also appears quite adjustable and can collapse to a relatively small footprint for transport around the house.