Microsoft assembled an all star cast of developers to manage and develop the Halo games after Bungie’s last game, Halo: Reach. I had high hopes 343 Industries’ Halo 4. I was hoping for new tech, new ideas and most importantly: a brand new start.

Halo 4 didn’t deliver across all those fronts but it did show that franchise is in good hands.

The first in-game shot of Halo 4 featured Cortana who I found to be the embodiment of the change in direction 343 Industries brought to Halo. For the first time in franchise history, I found Cortana was more than a digital fairy. Part of it was due to 343 continuing down the path of realism that Bungie started with Halo: Reach. Cortana was more voluptuous but they didn’t fall into the trap of objectifying her.

The conscious decision to allow Cortana and the Master Chief more screen time also contributed to the humanization of both characters. The two of them were always partners but I never felt the Master Chief cared about Cortana as much as he did in this game. 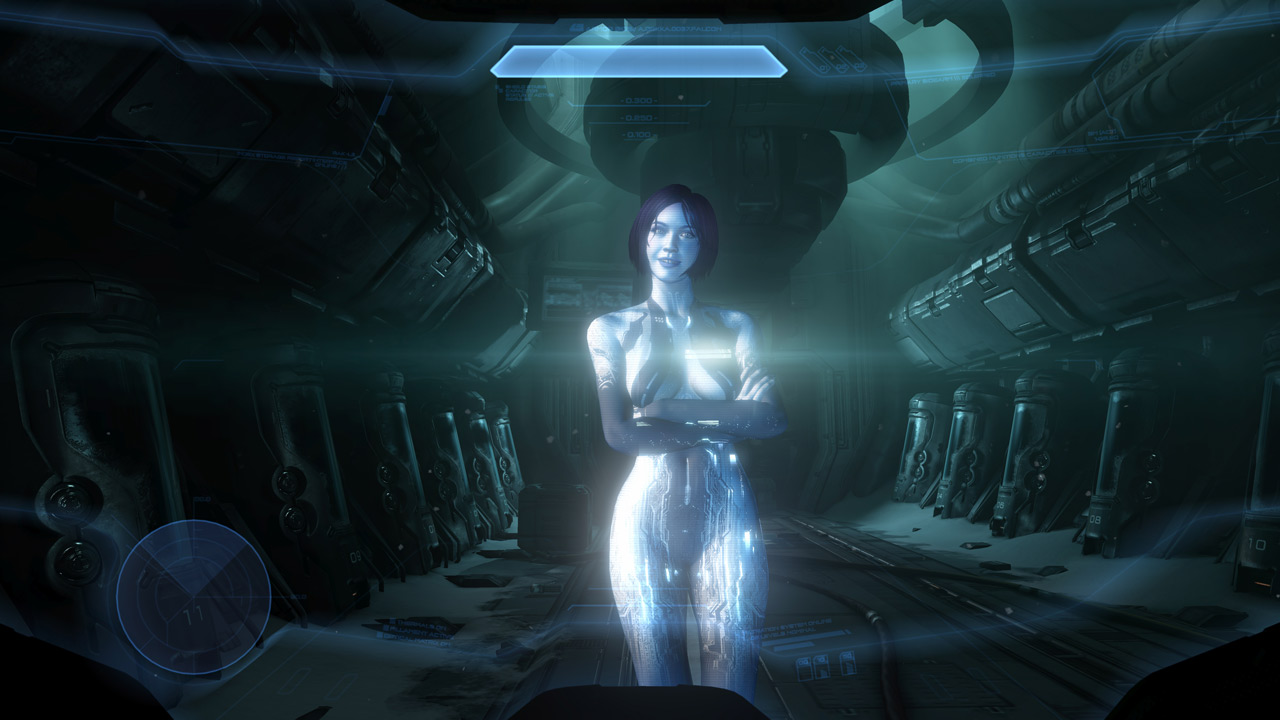 As always the voice performances were top notch and thanks to the graphics engine overhaul, the facial expressions and model work helped with the delivery those lines this time around. Conversely, the overhauled audio direction helped elevate the impact of Halo’s classic weaponry like the DMR and the Needler. Halo has never sounded so polished and full of umph. I actually felt like I was in a suit of armor in Halo 4 because of the emphasized thud of each footstep.

Halo’s iconic composer didn’t lend his trademark touch to Halo 4’s score. I wasn’t attached to Martin O’McDonnell’s work like others were, so I was welcoming of the change in score direction. The final product invoked Halo without revisiting what came before it. It was more upbeat when it needed to be which created a sense of urgency that just wasn’t there before.

The technological leap between Halo 4 and its predecessors was by far the most impressive of the franchise. Halo 4 was the first ever mainline Halo game running at 1280 x 720 resolution. But as nice as the native HD resolution is, it was the consistent framerate that impressed me most. I could not recall any dips with the framerate or any screen tears; the engine managed to keep the framerate at 30 FPS regardless of the intensity of the action on the screen. 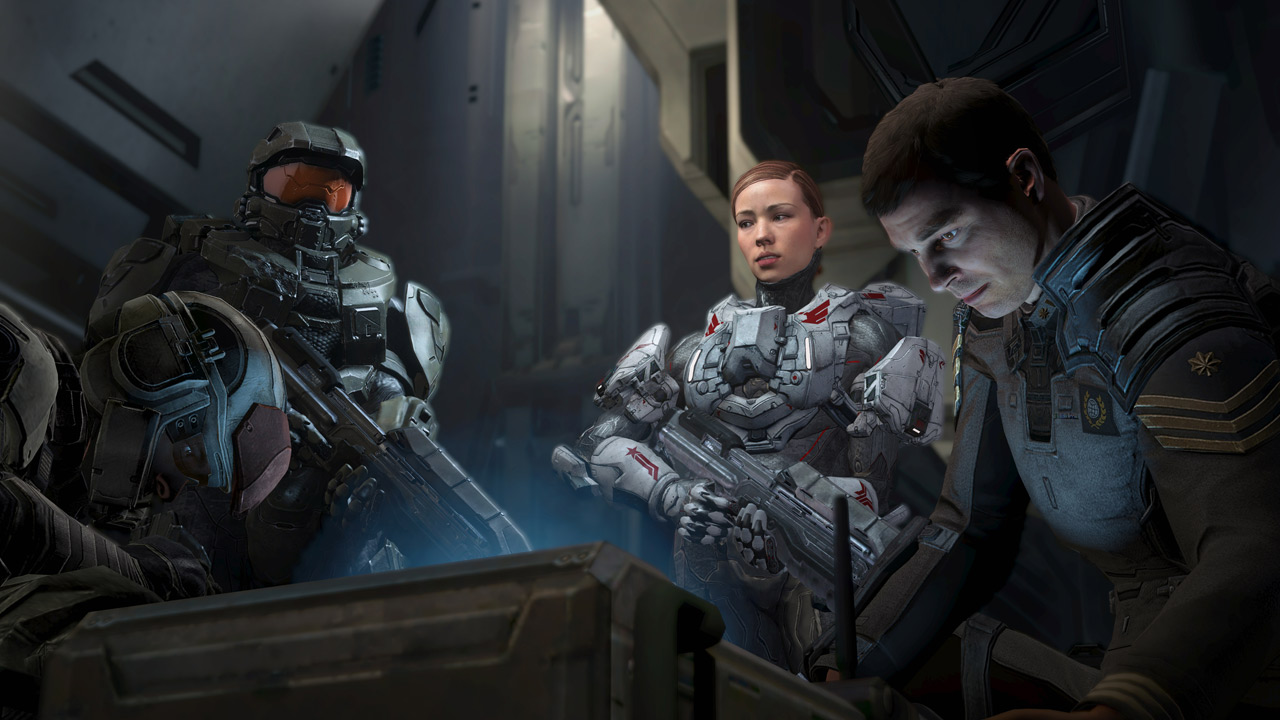 The ability to render pretty lights and sparks can only carry a game so far though. Unlike Halo 3 which I found to be downright ugly at times — Halo 4’s visual makeup was consistently stunning. Halo: Reach started down this path of creating atmosphere with strong art but Halo 4 just hits it out of the park. I appreciated the continued evolution of the Grunt from cartoonish clown to fearsome little beast. Even the Elites were given a slightly more fearsome edge.

Unfortunately I found the Elites’ feriocity did not match their new look. The artificial intelligence that I lauded in Halo: Reach seemingly took a step back in Halo 4. I played both games on Heroic difficulty but unlike in Halo: Reach, the enemies in Halo 4 were quick to forget about me. Elites did not give chase. They appeared to be happier to throw the occasional plasma grenade or hide.

The new “ancient evils” or “Prometheans” were visually intriguing and offered a more interesting mixups than the Brutes or the Flood ever did. Teleporting Knights and flying Watchers changed the flow of battle abruptly with their respective abilities. The Watchers’ resurrection beam forced me to expend more ammo than I wanted.

Normally ammo wouldn’t be a problem with Halo games because scavenging and voluntary back tracking always yielded more of it. But I guess tradeoffs had to be made in order to accomodate the impressive visuals which resulted in weapons disappearing from the battlefield. The end result was me having to pick up new or less desirable weapons from the vicinity before they expired into thin air. I guess that could be perceived as a plus because it forced me to be more experimental but not everyone will enjoy that.

I’ve only played the first set of Spartan Ops and I haven’t found the impetus to play more. I thought Spartan Ops was supposed to have more narrative ties with Halo 4’s campaign but I feel like it’s nothing more than a series of “terrorist hunt” missions. They were not objectively interesting or quirky like Modern Warfare 2’s Special Ops. How about a survival bout against a bunch of sword wielding Elites? Or a mission against a horde of grunts and we have nothing more than gravity hammers? Those would have been more creative than what we got now. Maybe it’s better in the later episodes but if that was the case, what happened to putting your best foot forward? 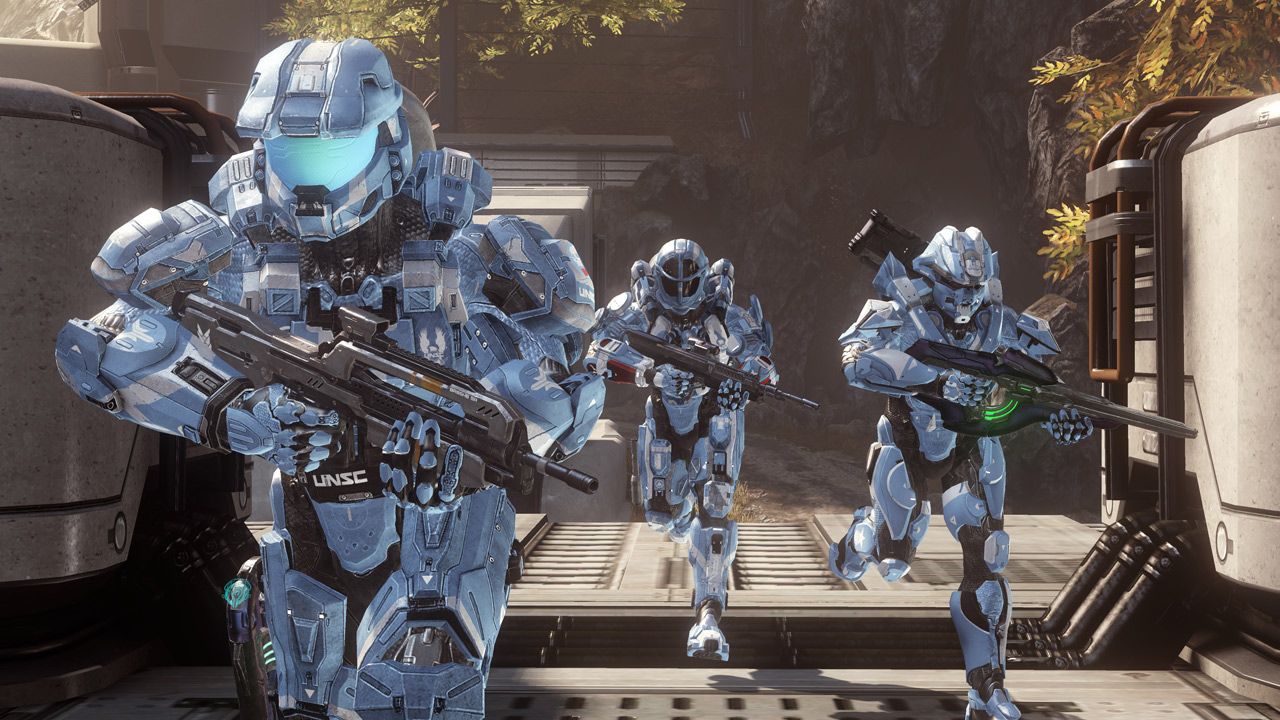 I don’t want to pay for Xbox Live! Gold which automatically makes competitive multiplayer games on the Xbox 360 a rarity for me. The fact that I’m spending free month codes on Halo multiplayer should speak volumes. Halo: Reach was my first crack with the popular franchise’s multiplayer, so I’m by no means an expert. I have played my fair share of multiplayer games and I do know what I like and I like what 343 brought to the table.

They aped many of the features from Call of Duty games but they did it without compromising the Halo style. Pelicans aren’t rolling in and raining hell on people. Instead of summoning chaos onto the battlefield, in certain game modes, Spartans are calling in “Ordnance” which carry an assortment of weapons and power ups for anyone on the field. I never felt these drops drastically altered the outcome of a match. At most, they made certain one-on-one encounters lopsided when a powerful weapon is in the hands of a skilled player. 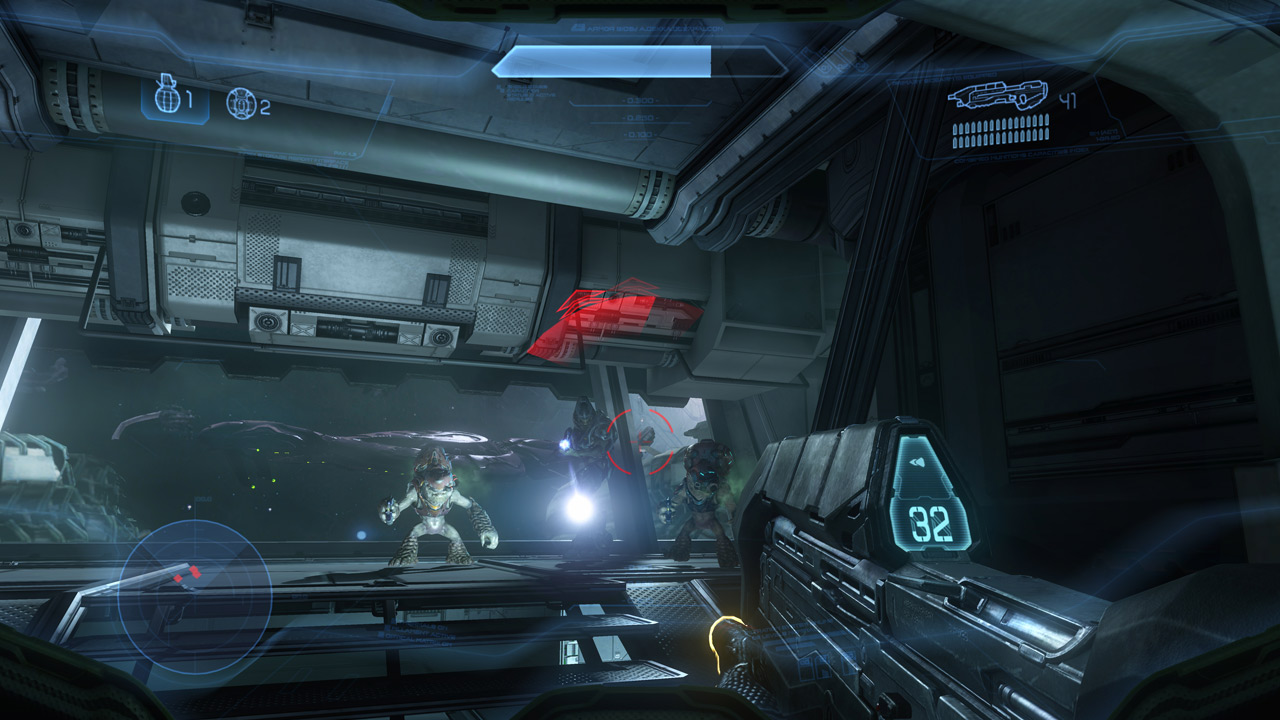 The addition of permanent sprinting was the most significant change to the flow and rhythm of Halo. The ability to sprint was an Armor ability within Halo: Reach. Now it’s finally something anyone can pull off at will. Like many of the other features incorporated in this instalment franchise, it didn’t turn the game into Call of Duty.

Halo 4 is still very much a Halo game and for some folks that may not be enough. For me, I understood 343 Industries needed to make this; they needed to a game to establish the fact that they could make a game using the tried and true Halo formula. Apart from the step back with the artificial intelligence, Halo 4 is a fantastic game. Halo has never looked, sounded or played as well as it does with Halo 4. It may not be the complete reinvention that I was hoping for but it was enough of a break to establish a new trilogy. I can’t wait to see what they come up with next.

For more information on Halo 4, visit the official website.