I didn’t play many 2012 releases until the waning months of the year. It wasn’t due to the lack of time; it was because I felt the “good stuff” didn’t drop until then. Mass Effect 3 was the only major release that I chose to pick up early on. I let many titles go by but even with that in mind, I somehow managed to play enough (or see enough) 2012 games to assemble a Game of the Year feature. 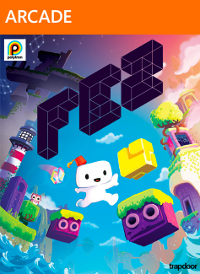 I didn’t just want to play Fez in 2012; I wanted to experience Fez during its release window. There was something more to this 8-bit styled platformer and for a while its unraveling dominated my Twitter feed, podcasts and forums. Online centric games always warrant a day one purchase but it’s rare to see a single player game kick up so much fervour from the gaming community.

Runner-ups: Mark of the Ninja, Dead or Alive 5

I bought this game in 2012 but didn’t spend enough time with it. 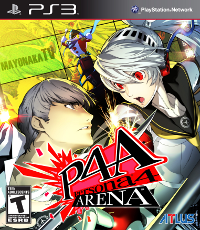 I bought Persona 4: Arena because it was on sale for $19.99 and it remains sealed. I bought it because I was a Persona 4 fan but I also bought it during the holiday season which automatically places it on top of the backlog pile. It’s a shame because I heard it was quite good.