Business and art are often at odds in many forms of entertainment and its no stranger in the games industry. Asura’s Wrath is a notable example of business being flat out incompatible with the kind of game Capcom and CyberConnect2 wanted to bring.

It debuted at $59.99 but then Capcom had the gall to place the game’s fourth act behind DLC paywall. It was approximately $7 but that’s besides the point. It was a vital piece story which they excluded from the game in an effort to extract more money from their customers. It was ludicrous and it kept many people from picking up this ridiculous and over-the-top interactive anime. 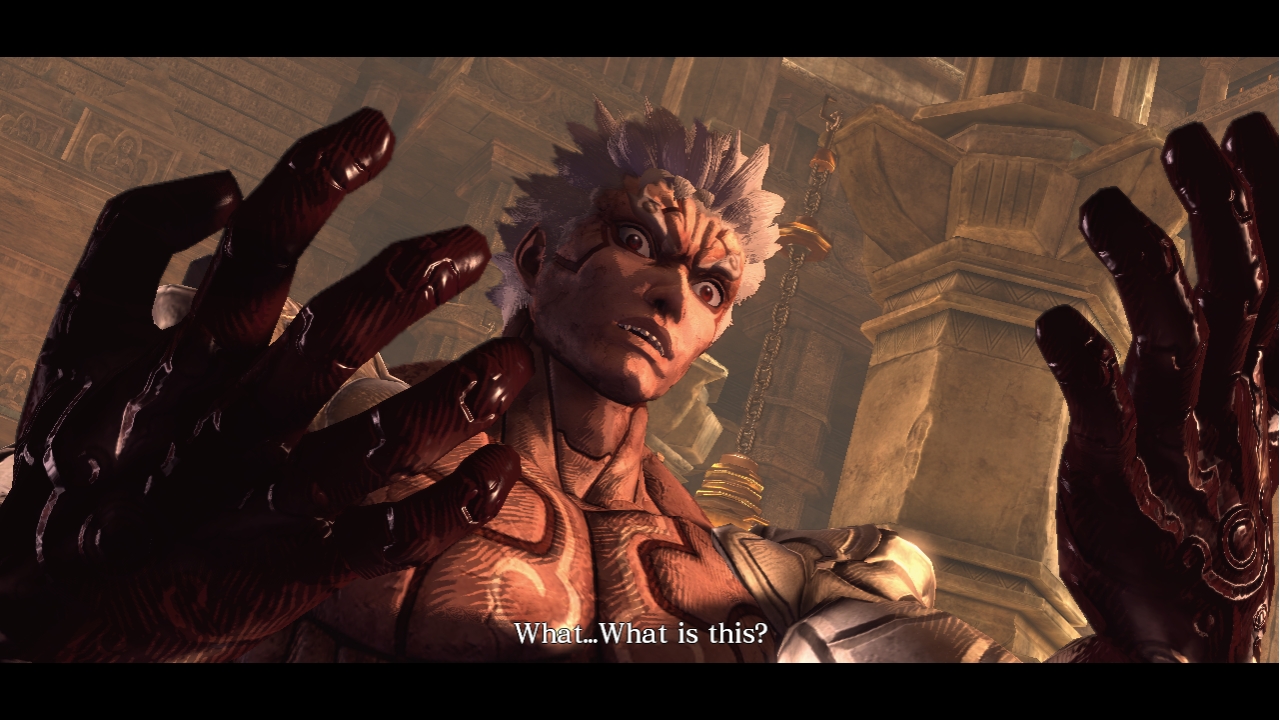 The most enjoyable elements of Asura’s Wrath are not found in its character action battle arenas or on-rail shooter segments. The most enjoyable parts of this game were found in its epic QTE laden cutscenes. CyberConnect2 embraced those QTE moments wholeheartedly. Take those God of War boss battle moments and expand them across four acts of ridiculous Dragon Ball Z styled action.

Like any show anime or show, Asura’s Wrath was divided up into episodes complete with sneak peaks on what’s to come. In addition, in between each episode were little vignettes fleshing out bits of story. I liked the use of different artists in these slideshows. Some were drawn with modern anime styling while others were beautiful water color paintings that I would have hung on my wall. 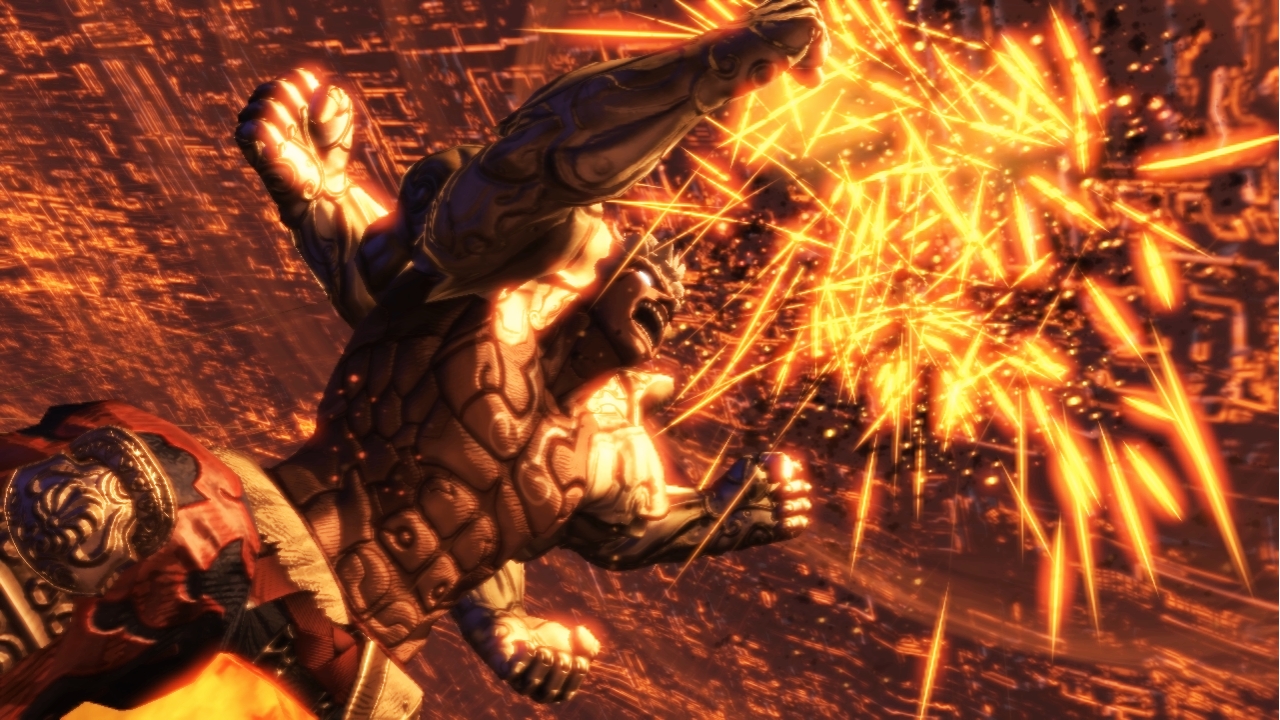 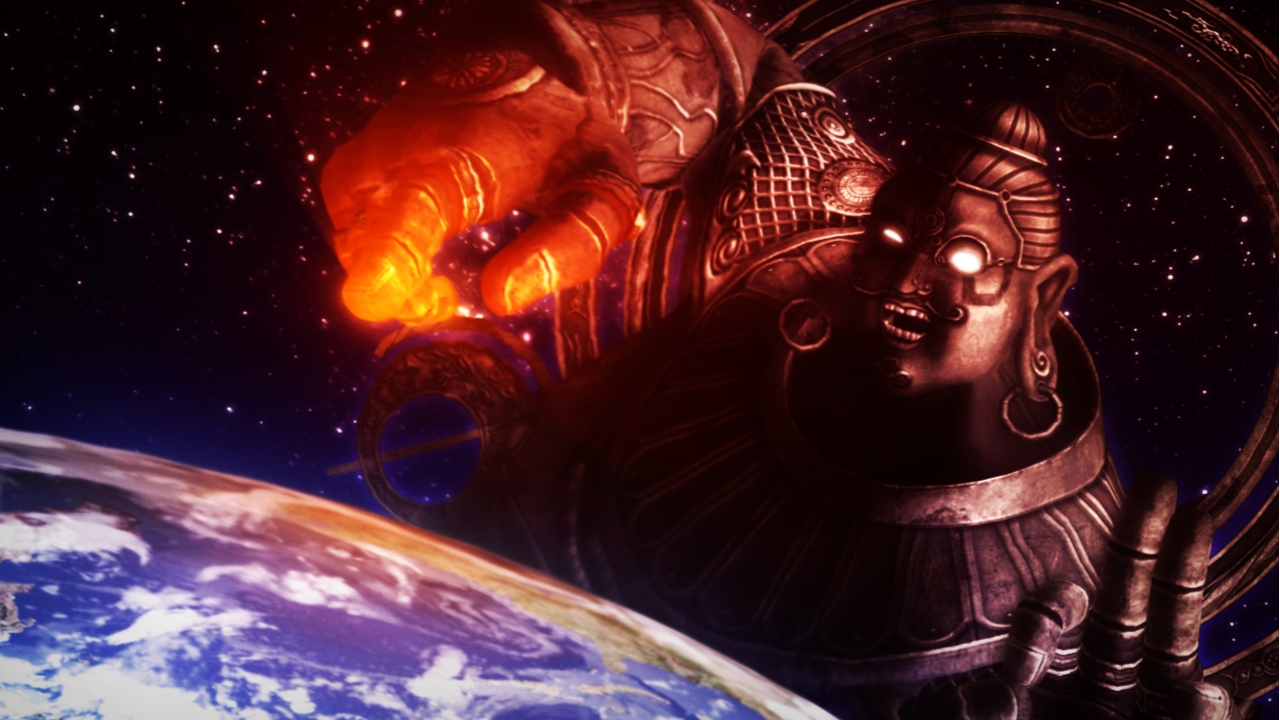 Asura’s Wrath felt like the Buddhist’s take on God of War II. Asura, a demigod, was framed for murder of an Emperor and cast out of the inner circle of “Guardian Generals”. His wife was killed and his daughter was taken away from him and thus his wrath was justified. Asura never gave up on any fight — even after all his arms were shattered to pieces.

With that in mind, I recommend playing the game on normal or even easy difficulty. Later levels became chores in later levels which stifled the momentum built up by the story and QTE action scenes. And like I said, anything that didn’t involve timed button presses wasn’t enjoyable anyways.

Asura’s Wrath wasn’t very deep but that was okay; I enjoyed it for what it was. The similarities to God of War are a compliment. I enjoyed the grand scale and like with God of War, I found enjoyment reading up on the mythology and how it was integrated into the game. It’s not everyday that we find buddhism inspired titles and it’s not everyday where we find an interactive anime experience quite like this. Just be sure to buy it on the cheap.

For more information on Asura’s Wrath, visit the official website.