The final day has arrived and let’s just get right down to business. 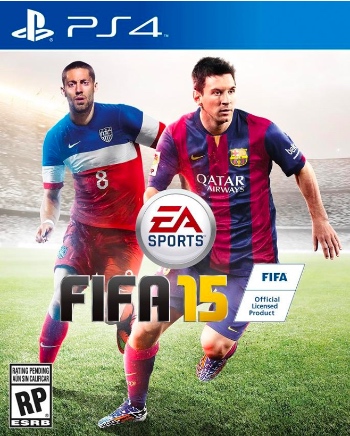 I love FIFA 15’s soundtrack for exposing me to new music. Weird and wonderful songs from across the world that I would never listen to on my own. I’ve been playing the soundtrack through Rdio and Spotify for months now and even begun going back to FIFA 14’s soundtrack to check that out.

I’m just as surprised as you. FIFA 15? Really? When I thought back to 2014, no other game left a bigger imprint with me than FIFA 15. I’m sure a lot of it has to do with the fact that it is my first FIFA title but it’s a game that I can’t stop playing. I take breaks but then find myself picking it back up a week or so later. I may be more incensed if I were to play online or got into Ultimate Team but instead I’m loving my time in La Liga, building my all-star team.

Hitman Go and Ace Attorney: Dual Destinies were/are my favorite portable titles of the year. I couldn’t put Hitman Go down; it was simply brilliant. As for Dual Destinies? I’m still not finish with it but I loved every minute of it thus far and I just don’t want it to end.

Diablo III didn’t sit well with me. Diablo III: Reaper of Souls Ultimate Evil Edition? That was a different beast and not because it made its way to consoles. It was just a refined and smartly upgraded rendition of a flawed game. It’s also a blast to play with co-operatively.

Call of Duty: Advanced Warfare is the finest Call of Duty since Black Ops and the original Modern Warfare. Sledgehammer Games actually lived up to the “Advanced Warfare” title and moved the series forward. I can’t imagine Call of Duty without the exo-suit’s mobility options. Also Kevin Spacey.

Transistor’s style and beauty ensured itself a spot on my list. Cloudbank is just an interesting place to explore in.

Shadow of Mordor’s review will be made available next week but its Nemesis system saved and defined the game for me. It’s certainly a memorable addition to the open world formula that I hope other games ape.