Every once in a while, I get inspired to do a deep a dive into a single artist’s discography. With some artists, I listen to several of their most popular albums while others I tackle their entire catalog. I usually listen to their work for 3 or 4 days. I listen to their works chronologically and then hop around trying to render a verdict on each album. I’ve done this with a couple of Adele’s albums in the past. I’ve done it with Bruce Springesteen but never really veered away from Born in the U.S.A.

This time’s I’m doing a deep dive on Kanye West’s work. I recognize many of his singles but I never actually listened to an entire album save one — My Beautiful Dark Twisted Fantasy. I’m well aware of the artist’s praise and criticisms but I never dug into if they were justified one way or the other. I’m well aware of the hate he gets for bringing auto tune into mainstream pop. The same goes for his gargantuan ego.

How much of this is reflected in the music? Did he started with a big head? How bad was the auto tune really? The only way to find out was to listen to all his solo studio albums. 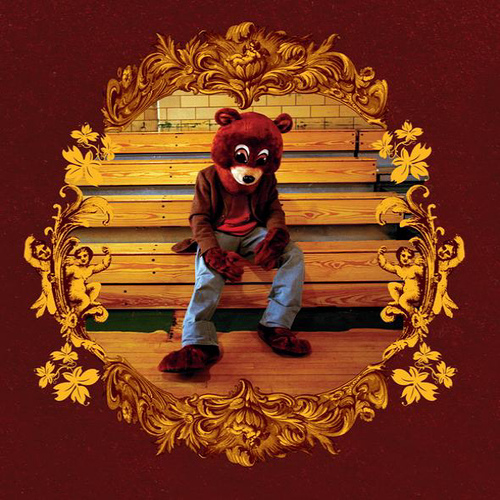 I didn’t realize how old Kanye West’s first album was. (I recognized West for his work around 2005-2006 with “Gold Digger”.) It’s amazing how much of an old school 1980s hip hop vibe this album has. The album has its fair share of decent skits which makes or break an “album” for me. Many of the tracks detail more grounded stories like working part-time jobs, getting high, faith and young love. While there’s confidence, the ego he’s known for today is virtually non-existent here. It’s the definition of humble beginnings which was exemplified by the final track “Last Call” where he shares the story of how he was given his big break. 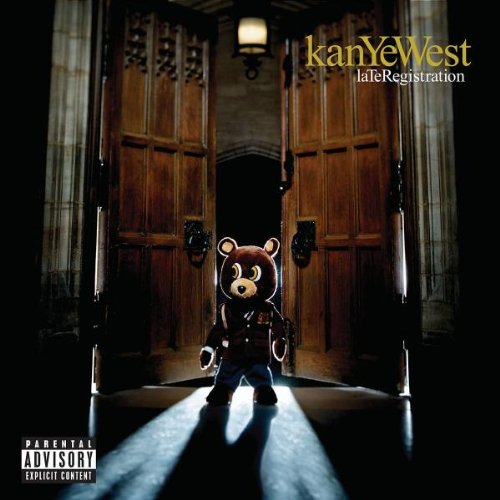 Gold Digger put Kanye West the map for me and its easily top 3 material from his “college trilogy” of albums. While The College Dropout had some solid singles, as an album, I didn’t find it as an enjoyable of a listen. Late Registration showed refinement in album compilation; the skits were far more entertaining and stitched the entire album together far more cohesively than the last one. West shares more life advice in this album but I noticed how some of it isn’t relevant to the every man as the stories in his last album. I guess it’s reflective of his current position in life at this time and he’s just sharing the lessons learned as he rises up in fame and fortune. What I did appreciate most about this album was how assertive West was with his commentary in tracks like “Diamonds from Sierra Leone”, “Crack Music”, and “Roses”. 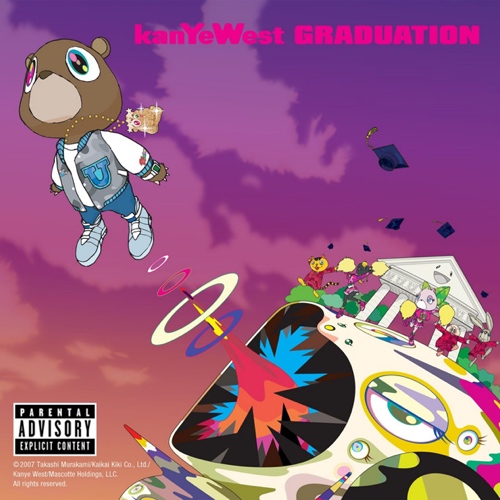 Graduation is a fitting name for the album. Gone are the skits found in the last two albums that stitched song to song. Now the album twists and turns on West’s whim; moving from “Champion” to “Stronger” and reemerging with “I Wonder” was unexpected and awesome. For better or worse, the stories and messages were muddied by fantastic beats and catchy lyrics. The album was a very enjoyable listen despite the lack of cohesive flow and the fact that I found “Drunk and Hot Girls” creepy. 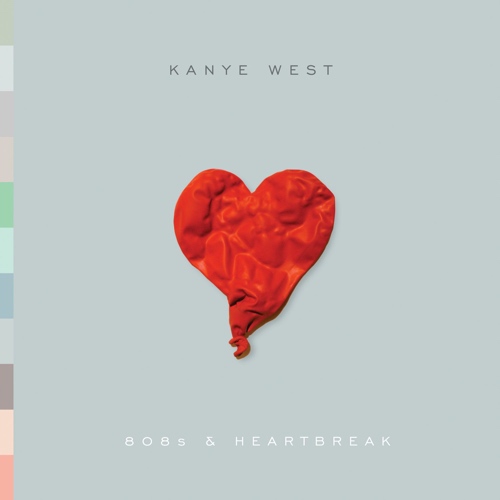 This album has its detractors — many jumped off the Kanye West train here — it’s a huge departure from his previous works with its reliance on autotune and overall somber tone. It’s easy to dismiss the auto tune as a cheap stylistic tactic but I found it worked together with the lyrics and tone. Everything from “Say You Will” to “Paranoid” was assembled masterfully. It sets such a cohesive tone and mood unlike anything West put forth prior. I love the audacity of just letting the drums in “Say You Will” go on and on before getting into the album proper. Then subsequent tracks takes you through from heartbreak to recovery and reflection. But then “RoboCop” hits and that song is just terribly cheesy and the rest of the album never recovers its footing. 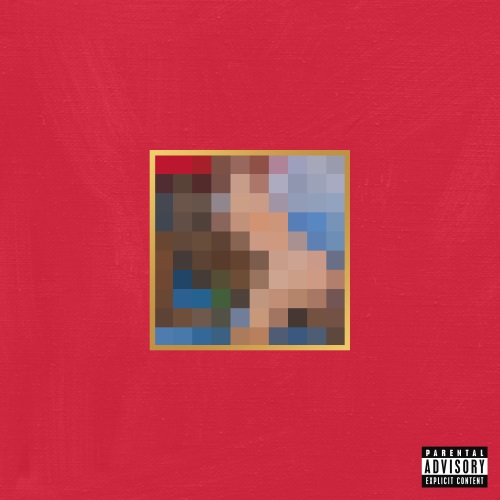 This is peak Kanye West. The confidence, the ego, the beats and lyrics all exude what I think of West at his best. It’s not the most insightful of his albums but it’s so consistent in quality that I am never tempted to skip a single track. He’s more full of himself than the other albums with tracks like “Power” and “Monster” but I take it as bravado and confidence than an egotistical maniac. We’re far beyond the point of relatable issues with West but I still appreciate that he gets a little reflective about his life in the spotlight with “All of the Lights” and “So Appalled”. He even gets a little weird with the back half of “Runaway” delving into aural territory his next album goes all in on.

P.S – The censored cover is superior. 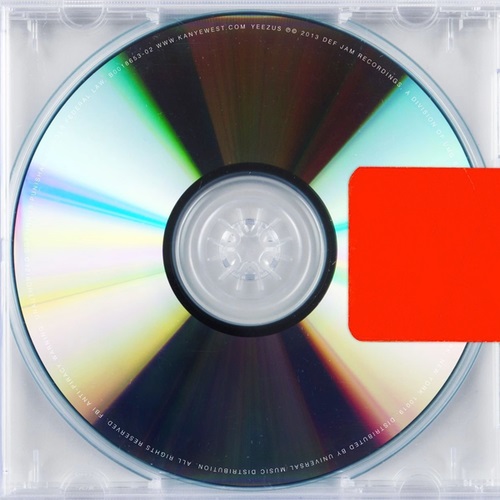 Everything about this album embodies what people hate about Kanye West. Everything from the album title, to tracks like “I Am A God”, to the vicious assault to the ears with grating electronica. I cannot relate or admire anything that he’s laid out in this album. I suppose I can give him credit for embracing himself, taking a dump and pressing it into a compact disc but that’s it. 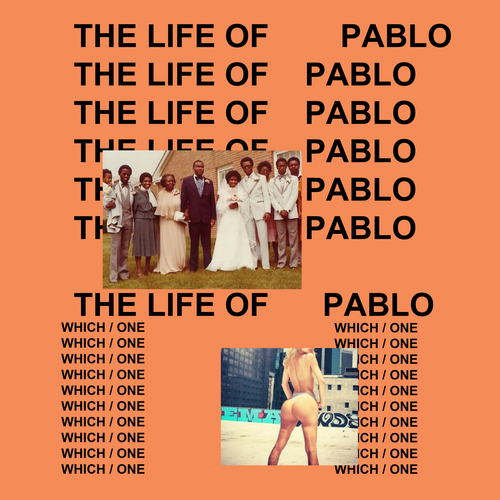 “I Love Kanye” encapsulates how I feel about this album. It sounds like Kanye’s just having fun with this album. It’s all over the place from both a style and substance standpoint but it works and coming from Yeezus, it feels like a return to form. In an alternate timeline, this feels like the album that would logically emerge after “Graduation”. “Real Friends” manages to humanize the now eccentric and egotistical celebrity. He also samples Street Fighter II sound effects, so how bad can it really be?

It looks like I’m underrating “The College Dropout” but I am approaching the album as a whole and I just don’t like skits very much. And as much as I appreciate him telling his beginnings in “The Last Call”, I always end the album early when I reach it. “Yeezus” should be ranked lower (11th place even) — that’s how much I dislike it. “808s & Heartbreak” is so high because I love the first six tracks that much. Those six tracks are so good that I would put up with listening to the rest out of the album just so I can listen the first six tracks.

After listening to his discography multiple times, I came away with a few key takeaways:

Am I fan of Kanye West now? I didn’t hate him or his music before this. I always enjoyed the singles that made its way into top 50 radio. At one point, the artist’s antics overshadowed the art but now that the dust has settled: I’m a bigger fan.