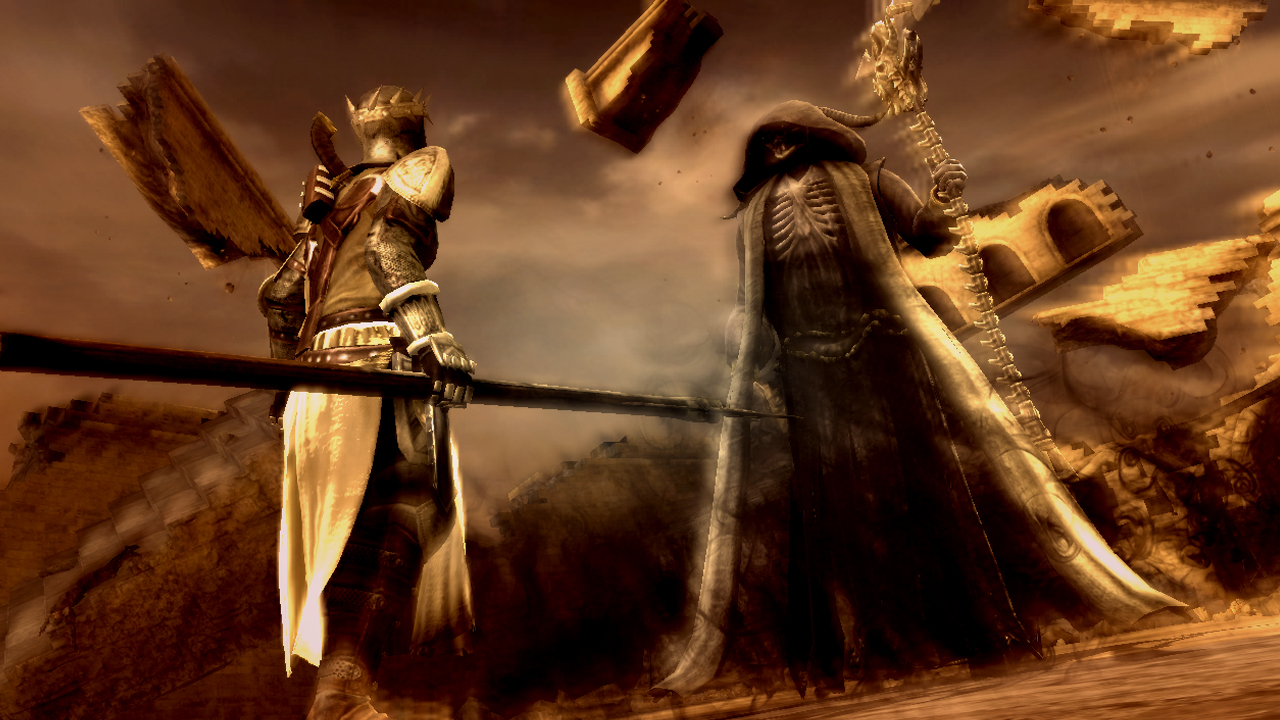 I was checking up on the last demo I shared impressions on and it turns out that it was another character action game. As you can see, worthwhile demos have become a rarity for the past several months.

So EA and Visceral Games (Dead Space) decided to give PS3 owners two week’s worth of alone time with the Dante’s Inferno demo. I don’t see why they would give the PlayStation 3 version such special treatment with Kratos looming in the shadows, but kudos to EA for showing the Sony camp some love I guess.

I had to give Dante’s Inferno a try based on the fact that it’s a God of War clone made from the guys who brought us the Resident Evil 4 influenced Dead Space. Most of the ideas may not be original, but you can still create a worthwhile experience based on established mechanics. Or so I thought. The results were all over the place.

I’m very tempted to call this a “poor man’s God of War”, but it clearly isn’t. The production efforts are quite high with solid voice work and a myriad of cutscene styles including computer generated, hand drawn and in-engine. But comparing this effort to any God of War game highlights just how far off they are.

Every aspect of the game aside from the rock solid framerate and controls seems a bit off. They may have borrowed the QTE finishers, but they’re nowhere as impactful as their inspiration. The same could be said with the sparse art direction and camera work which left a lot to be desired. It took me three tries to down an enemy before I noticed that I had to pull on the R2 trigger to initiate the finisher. The giant beast’s massive arm was obscuring the R2 button label which they placed on top of the beast’s hunched over head. Why couldn’t they copy the placement of these buttons as well?

I tried to approach the demo as objectively as I could and from that “objective” standpoint, I think Dante’s Inferno is pretty good. The brutality and vulgarity works. And the 60 frames per second? I wished more games of this genre stayed as true to that goal as this game. But when I look a little closer to this game and look at this game’s inspiration, I just can’t convince myself to commit. In a world where God of War III exists, paying $69.99 for an inferior wannabe seems a bit absurd. Especially when the real deal debuts a month later.

Dante’s Inferno debuts on February 9th, 2009 for the Xbox 360 and PlayStation 3. For more information, visit the official website.