It’s the final day of my game of the year awards.

I mentioned that I was spreading this year’s awards over three days, but I didn’t mention why. It was part laziness, but it was also to give myself time to form my personal top 10. I was having a tough time trimming the list down to ten and selecting my number one game. I’m still not 100% sure on my pick, but whatever. In the end of the day, these are all great games. 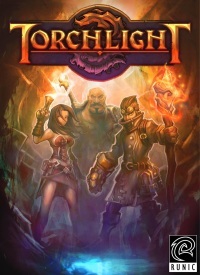 Torchlight was the first dungeon crawler that I ever completed. That’s worth noting because I’ve tried to play many games like this. Lots of smart choices made this game a pleasure to play from the vibrant art style to the streamlined interface. The only glaring omission was the lack of co-op, but they’ll be rectifying that with Torchlight 2 which is slated for late Spring 2011. 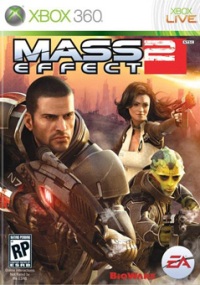 At the time of writing, I’m about an hour away from winning a copy of the original Mass Effect for Xbox 360 off Ebay. I wasn’t fond with how Mass Effect played, but here I am looking high and low for a copy for under $30. That’s what Mass Effect 2 did for me: it made the original Mass Effect desirable again. And along with Uncharted 3, I’m very much looking forward to the third installment of the Mass Effect trilogy. And considering the love I have for the game and the franchise, I figured it would be a solid candidate for the number one spot.

Or perhaps that should have gone to Red Dead Redemption. I could debate the two for hours, so I’ll leave it with Mass Effect 2 for today.

As for the rest of the list, here’s my reasoning each:

Limbo was an amazing bite sized experience. I’ve never played or seen anything quite like it.

At 180+ hours, Civilization V is one of my most played games of 2010. It’s also the most polished and accessible Civilization games to date.

Bayonetta was the jolt in the arm that character action games needed. On the Xbox 360 at least, it played like a dream — a crazy dream filled with nostalgic Sega and Capcom references.

Super Mario Galaxy 2 could be considered “more of the same”, but what’s wrong with more excellent 3D platforming? Fortunately, Nintendo didn’t simply put out a level pack. They added a lot more variety to the level design, more suit abilities and streamlined the interface a bit.

Despite its faults, Heavy Rain was both a unique and memorable experience for me. It was the closest thing to a choose your own adventure game.

Battlefield: Bad Company 2 is on this list because of its multiplayer which I’ve invested 185+ hours into. It’s the best Battlefield experience on console to date!

Alan Wake featured some of the scariest forests in a game. It also featured one of the more likable non-playable characters of the year in Barry. And that action wasn’t too shabby either.

Amnesia: The Dark Descent is the most unsettling game I’ve ever played. It’s also a game every survival horror and/or adventure game fan should play. Or try to at least.