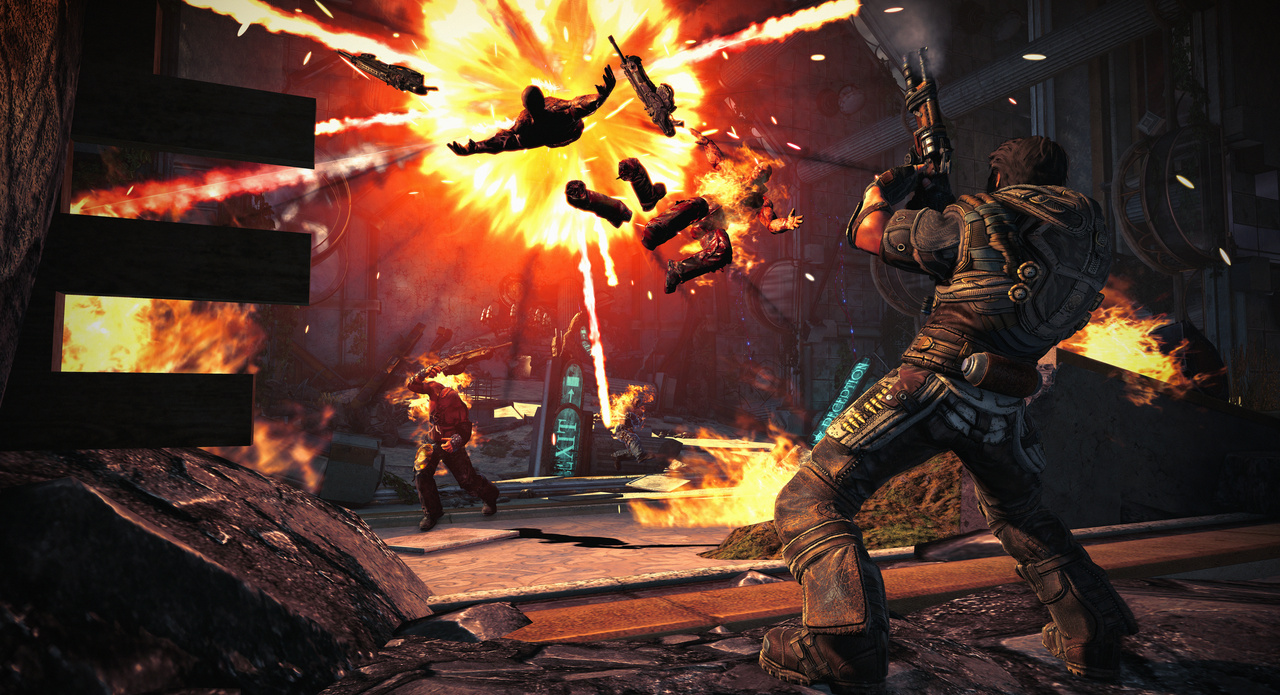 Just wrapped up my second session of Bulletstorm and it was what I expected it to be. It’s an arcade style point driven first person shooter. Someone on NeoGAF described it as MadWorld meets a first person shooter and I think that’s very appropriate.

I was planning to try Bulletstorm for the PC, but since there’s no word of a demo prior to release, the PlayStation 3 demo will do. I was pleasantly surprised with how well it ran, looked and controlled. I have no idea how it compares to the Xbox 360 release, but if past experiences tells us anything, it’s the Xbox 360 version that you’d want if you were picking an ideal console version. However, with that in mind, racking up points by “killing with skill” is a significant part of the game, so having friends to compare scores with is an important consideration.

Now I said the comparison to MadWorld was appropriate, but that’s a problem for me because I didn’t find MadWorld to be particularly great. I thought it was repetitive and not worth the $50 price of admission. I feel the exact same way with Bulletstorm.

The game does offer more moves, modifiers and, generally, a wider range of killing options than MadWorld, but I can see the game wearing out its welcome rather quickly. For me, grappling a dude with an electric whip, shooting him in the balls and kicking him into a bed of spikes isn’t as entertaining as it sounds. Maybe I just don’t have a knack for discovering the myriad of ways to slaughter dudes for points.

I thought I could appreciate the stupid dialog — no, I really did. I find Duke Nukem funny and yet, I didn’t find Bulletstorm to be nearly as amusing. There was not enough “stupid funny” to make it worthwhile; it was just a string of unorthodox swear combinations. I think it had something to do with voice actor as well. He was trying a bit too hard to deliver those one liners.

Much like the The Club, another arcade style shooter, I believe Bulletstorm would have been more attractive as a $30 or $40 title. Even better yet: a $30 digitally distributed title. I just don’t see enough here to warrant a $60 price tag and if it wasn’t for the Gears of War 3 beta access included in the Xbox 360 version, I’m willing to bet that it would flop at retail. I just don’t see the general gaming populace picking this one up.

Thanks for the demo, People Can Fly! I’ll be sure to pick it up once it’s featured on Steam sale.