2013 was supposed to be an expensive year for gaming. New consoles and new games should have pushed me well past the $1000 mark but an abundance of gift certificates helped make this year my best year yet.

Last year I spent 47% of the MSRP. This year? Just 28%. With amazing Humble Bundles by likes of Electronic Arts have a huge impact on this percentage but that’s part of the game. Looking out for these opportunities and taking advantage of them is the key to paying less for games.

This year, I switched my gaming expense spreadsheet from Microsoft Office Excel to Google Docs Spreadsheet. The actual data entry part of it has been fine but the charts are underwhelming as you can see below. 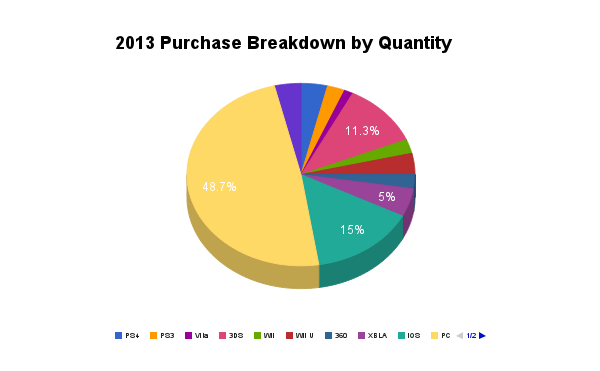 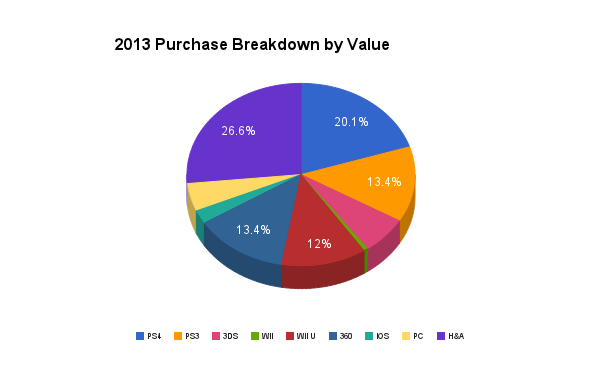 Like I mentioned earlier, Humble Bundles and other sales meant I accumulated plenty of PC titles. Many of those titles were relatively old or indies though.

When looking at the value breakdown, a fair chunk of 2013’s expenditures went to Hardware and Accessories — specifically the PlayStation 4 and Wii U consoles. I also spent a fair amount software for those two new consoles. I thought I purchased more PlayStation 3 titles but I guess it was only The Last of Us and Beyond: Two Souls. 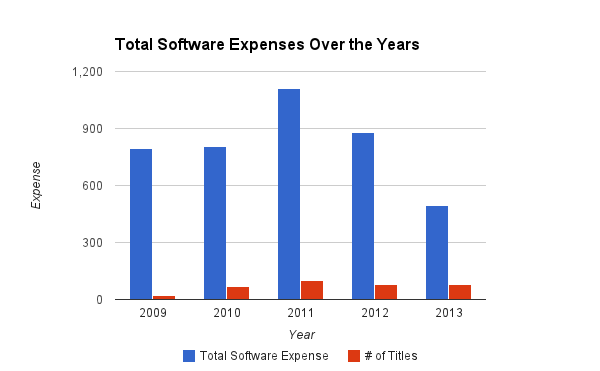 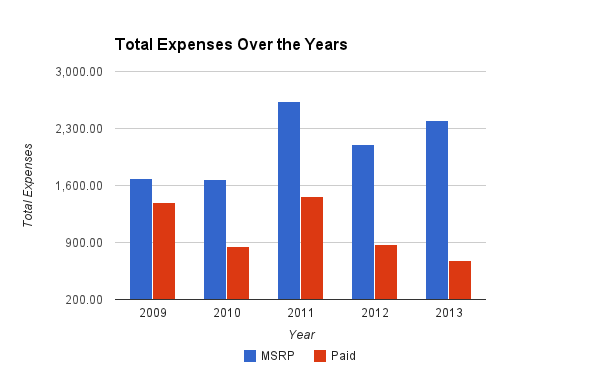 For the first time, I’m hoping to spend less than $750 on gaming in 2014. I’m not gaming less but I have become wiser and better with taking advantage of deals and gift certificates.

With a new generation of consoles, I imagine retailers are going to keep prices for new releases high for a little while longer. While previous generation versions of Assassin’s Creed IV and Battlefield 4 have seen $20 discounts, Xbox One and PlayStation 4 versions of those same titles have remained at full price throughout Boxing Day sales. This just means FutureShop and BestBuy’s E3 2014 sales will be more important.