I was hoping to spend less than $750 in 2014 but thanks to Target and their currency card sale, I blew that budget by a fair margin. But with Target gone, it might be a while before I splurge so much on currency cards. 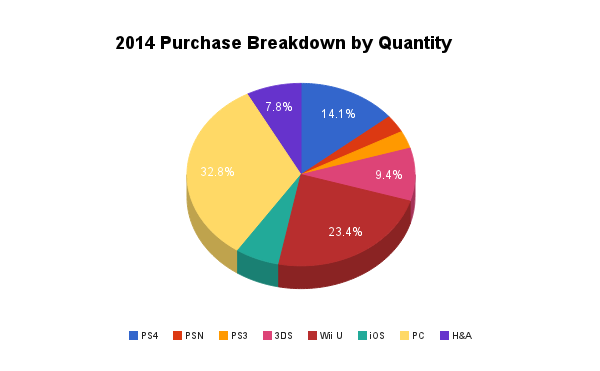 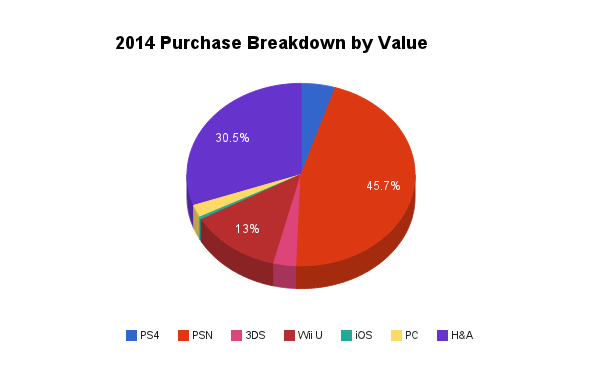 Lots of love for the Wii U by quantity thanks to Club Nintendo freebies and quality titles for Nintendo. As for the large chunk of cash spent towards “Hardware & Accessories”? It was primarily controllers and the Xbox One. 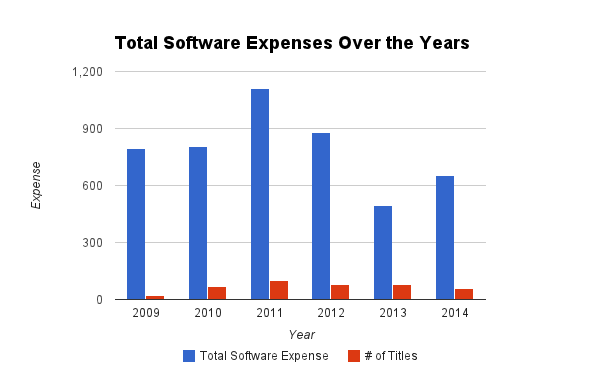 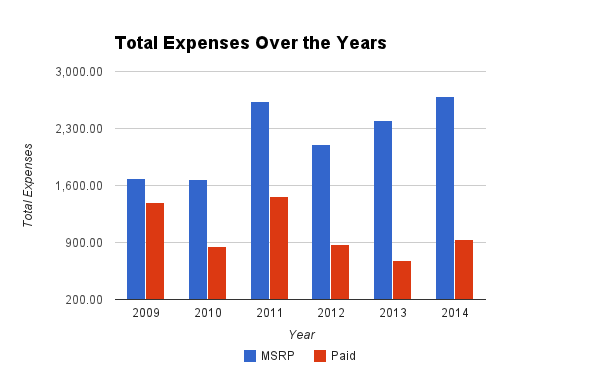 I’m hoping to spend less than $750 on gaming in 2015. I marked that as my goal last year but since I took the hit for those gift cards last year, this year should be substantially easier on the wallet. Couple those gift cards with Amazon.ca gift certificates that I receive, it should be easy as pie to keep with 2015’s target.