The third day is upon us.

My favorite game of 2010 and my favorite games of 2011 await you below. I don’t think you’ll find anything controversial on this year’s list. There are notable omissions for some circles, but I’m not too worried about them. It’s my list! 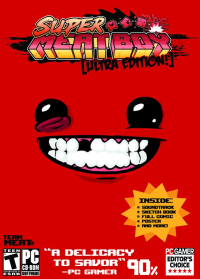 Super Meat Boy’s mechanics were simple; it was a run and jump platformer. The challenges came from the level design and the surrounding obstacles. If I had to play Mario length levels comprised of Super Meat Boy’s madness, I would hate it.

The genius behind Super Meat Boy was compartmentalizing of those challenges and the instant reset/revive that allowed the player to retry over and over again without delay.

It was a gratifying experience and all I did was beat the “Light” world. I hear the “Dark” world was far more challenging, but since I enjoyed the game so much already, I didn’t want to taint my perception of it by attempting that daunting task. 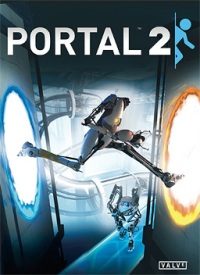 Let’s start from the bottom and work our way up the list. I’ll drop a few blurbs in 140 words or less describing why they’re on this prestigious list of mine.

Gears of War 3 – The best and possibly last Gears of War game is Epic Games’ best effort yet. I just don’t want another one for awhile.

Batman: Arkham City (PC) – No review of this game, but there were design decisions that marred an otherwise excellent game.

Dead Space 2 (PS3) – It didn’t turn out exactly as I was hoping for, but it still ended up being one of my favorite survival horror games ever.

Deus Ex: Human Revolution (PC) – They don’t make them like this anymore and certainly not with this kind of style. It also featured my favorite soundtrack of the year.

Renegade Ops (PC) – One of the best pick up and play games in recent memory. Retro gameplay reimagined for the modern gaming audience.

Bastion (PC) – Beautiful and charming with a unique story telling hook that kept me playing until the very end.

Uncharted 3: Drake’s Deception – Elaborated on what they built on with Uncharted 2. This sequel delivered exactly what I wanted & then some.

Portal 2 (PS3, PC) – No other game was as entertaining, charming and intellectually stimulating as Portal 2. Being able to execute all three in one game is quite the feat.

Then there was the co-op which I couldn’t fathom how they were going to pull it off, so I was pleasantly surprised by how it all came together.